For the realization of the in-circuit emulator, there are several ways of implementation. In many cases, a special version of chips needed to be emulated is used.

In-circuit emulator (ICE) is usually integrated directly into the control in the development of  the software for the controller. This allows not only the recorded command code but also tracks in the source code what the controller is actually doing. Debugging uses high-level programming language and even the dissolution of the operating system data is possible. 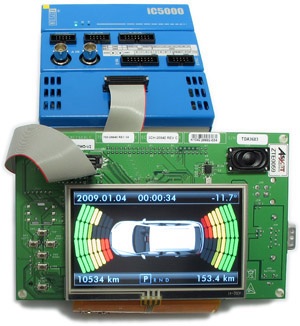 Normally, In-circuit emulator does the debugging of applications. Since In-circuit emulator can practically get an insight on the “inner workings” of the controller and can influence programatically the counter, stack pointer, status register and related things, the flow of program can be controlled. Since the requests in “real time”, this also enable to analyze problems associated with so-called in-system programmers which are not detectable because they get their data on relatively slow interfaces. In-circuit emulator helps in debugging complex systems enormously. Especially problems with interrupts oddly are relatively easy to track.

This Article Has Been Shared 418 Times!