Advertisement
You are here: Home » Is It Reasonable to Consider Google Paid Cloud Services ?
Advertisement

Is It Reasonable to Consider Google Paid Cloud Services ? When it is about Paid Hosting Services from Google Cloud, definitely it is a bad option unlike free. When the industries began to crowd around Cloud, in all countries the large providers launch their own solution in the cloud, but the world’s number one til now Amazon. We analyzed the costs and how to use Google Compute Engine. We have not missed one important aspect: the performance and the network of Google Cloud. We wrote about it before comparing in Page Speed score openly with Akamai – it is crap when compared to Akamai for delivering static contents.

Is It Reasonable to Consider Google Paid Cloud Services : Probably No

The answer to the question : Is It Reasonable to Consider Google Paid Cloud Services ? is clearly no from various aspects. Like Amazon decided long ago to start working in the world of cloud computing because of its experience in managing and Amazon.com database and distributed data, so Google does the same. But there is difference between providing Service and Serving for own. That the company is already a cloud infrastructure, and in this way to go to provide the ability to create virtual machines is only one opening to the public of a service and a platform already existing Google, as confirmed also in the technical docs, has all the experience to talk about scalability, because it is one of the few in the world that should actually climb on thousands of machines in real time. This advantage makes it similar to Amazon, and could be a further step to ensure that Amazon start fearing competition.

Amazon clearly shown the crap quality hardware behind considering two facts – the massive failure (including direct depends like Heroku PaaS) in last summer this year and launch of Amazon Glacier. Glacier after person who was an employee, if we translate his sayings, do uses a kind of compromised hardware for Glacier. So Amazon is quite used with using crap hardware confidently. It is obvious that they have tested ! 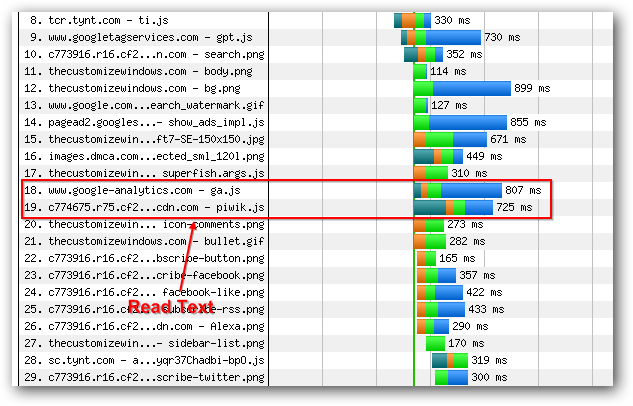 Google has not progressed since we last tested their CDN. Hierarchically Analytics is placed higher in HTML to not miss a hit, Analytics however misses hits due to non optimized asynchronous javascripts. If only CDN can not perform well, it is unreliable to use their paid database services with too much vendor lock in.

Google basically wants to give better premium services, it is apparent from their AdWords service customer care. But the case of Google Cloud Service is different. They basically lag far away from Rackspace, HP, Dell, Fuzitsu, SAP in both quality and the way of delivering the Cloud.

This Article Has Been Shared 744 Times!

Articles Related to Is It Reasonable to Consider Google Paid Cloud Services ?