Apple MacBook Pro 15 Inch Retina and Non Retina Excels At Quality. New MacBook Pro 15 Inch is a powerhouse deigned for the professionals like a luxury sedan. 3-5 decades people used to buy a good typewriter and usually one typewriter served the major part of the professional life of a person. With the introduction of emasculated version of Minicomputer aka Personal Computer by the current market players like HP/Compaq, Dell etc. glued with OEM version of Windows, virtually made it mandatory to change the computer every 4-5 years. And worst part is, the older one reaches a condition, that has neither any resell value nor is profitable to service it. It is practically not the processor or RAM that makes the user to buy a new laptop, but the whole laptop ultimately becomes a plastic crap with non functioning optical drive, keyboard with some stuck keys, non functioning fans and horribly rare to find metal components of the chassis which goes oxidation. Definitely, Apple MacBook Pro 15 Inch Retina and Non Retina is never for all, it is for the professionals who needs a luxury sedan on the table. It is not really Mac OS X, but the hardware build quality that definitely makes the difference with a Japanese cheap hatchback and an European Luxury Sedan. We had a Apple MacBook Pro 15 Inch before and the obvious market adapted Windows based just 4 years old HP/Compaq laptop. The mourning sound from the hard disk ensured a needed purchase. As the need is of an enterprise grade laptop, the practical option was Apple MacBook Pro 15 Inch. Whether its Retina or non Retina was the question as the difference was not really small. Definitely, the HP/Compaq, Dell economy grade plastic laptops made computing for all, but 4 year life span can make anyone thoughtful. Basically its very bad idea to repair a laptop which crosses the 3 years extended warranty. It is not very nice to get unofficially repaired, only the motherboard can deliver a solid hit. Still, I will personally suggest to go for HP/Compaq, Dell etc. laptop with Ubuntu 12.04 for cost reduction and portability, especially by the students at schools or who has very less return of investment.

Major problem for the most is probably selecting between the Apple MacBook Pro 15 Inch Retina and Non Retina. The Retina one is practically big brother of MacBook Air – all solid state combined with a brilliant display standard. It lacks the optical drive – superdrive. Optical Media is still relevant and moving with the external superdrive, although sleek, it probably not very good option who will use Apple MacBook Pro 15 Inch as the primary computer. Probably with time, optical media will be a history, but at the time of writing, it is good to have a feature. In case of us, the presence or absence of optical drive was not a factor, so we went for Apple MacBook Pro 15 Inch Retina. There are quite good number of Games of Mac nowadays, Call of Duty 4 looks quite brilliant, ported version of Need for Speed frankly gives the feel of playing a graphics intense game on Android device or iPad. I played just to test the 3D graphics reproduction quality. It is better to avoid playing games on a laptop with default keyboard. 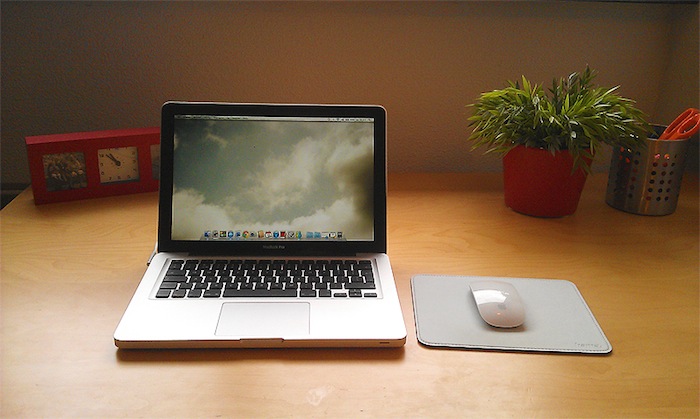 I have not carefully checked the physical difference with Apple MacBook Pro 15 Inch Retina and Non Retina, but Retina definitely delivers both better aesthetics and performance than the older Apple MacBook Pro 15 Inch. It is meaningless to purchase Dell XPS 15, as the whole World is saying out of experience, spend $100 more and get an Apple MacBook Pro 15 Inch, HP Envy 15 costs less but lacks the performance. It is not about the operating system. How much Operating System dependency today we have ? Because of huge number of prevalent virus, malwares, it is probably a wise idea to use Mac OS X or Ubuntu / Linux and use Windows only at definite need. A mail client or browsing the Internet practically not much differs in any of these Operating Systems.

With increasing number of cross platforms of various mobile computing deices, we basically getting used with synchronizing functions with cloud based services – take the example of Opera’s My Opera Link. It really does not matter which Operating System you are using – it may be an Android Tablet, Apple MacBook Pro 15 Inch or a Windows PC, the bookmarks, passwords all will go with you on the cloud.

Virtualization really rocks on Apple MacBook Pro 15 Inch, because of the dedicated high performance core and bigger screen size. The power button has shifted inside the keyboard, the charger (MagSafe2 now) has gone slimmer – perfectly matches with magnetic snap to fit charging port. The earphone out supports both optical and normal jack in, thunderbolt is supported as expected, the problem of lack of space between two USB ports has not been solved, maybe a sleek magnetic latch door with aeration was a good plus to keep the beautifully crafted ports in better health for longer time. It is must to have a thin cover/transparent skin for the keyboard to make the Apple MacBook Pro 15 Inch working longer without getting the grease of hand, it is good to have the magic mouse to enjoy the computing experience. The build quality definitely speaks, with good maintenance, a Apple MacBook Pro 15 Inch will stay for 7 years, that is probably enough for the premium product users. Apple MacBook Pro 15 Inch Retina and Non Retina is definitely a good collectible

This Article Has Been Shared 470 Times!