Advertisement
You are here: Home » Dropbox Security is Not Substandard : Corollary From Security Experts
Advertisement

Dropbox Security was too much magnified, the Corollary that can be drawn from the latest dig by Security experts from IT department of EADS, raises few questions. Our website is quite established on Cloud Computing Informative Guides, it is not our claim, it is what targeting through Google AdWords clearly shows. This website has few (compared to the number of Rackspace Cloud Files Guides) Guides where Dropbox has been used as a free Flexible multipurpose Cloud Storage service alternative to the Rackspace Cloud Files Guides. Example can be the guide on Twitter Bootstrap Design Website on Free Dropbox Cloud. We have more theoretical articles, some innovative ideas. It is not a small time we are working on the Cloud – it is indeed many years before registering this domain. It is matter of fact, we never published attacking post on Dropbox Security despite the fact we even attacked Google fearlessly on a fully different topic. Definitely there are risks with free cloud services, but why Dropbox Security has been targeted by the ‘News’ type websites ?  Thinking from a neutral point for Dropbox Security becomes obvious.

What the Security Experts Said About Dropbox Security

Florian and Nicolas Ledoux Ruff  are from IT department of EADS recently presented the results of deep analysis for Dropbox Security. The desktop client based on Python protects the data and Privacy quite effectively. This is the excerpt of their work on Dropbox Security.  The two researchers first confirmed that they found no vulnerability of great magnitude related to Dropbox Security. Yes, they also pointed towards the vulnerable points, but that is more related to the User and Operating System.

Corollary That Can Be Drawn About Dropbox Security 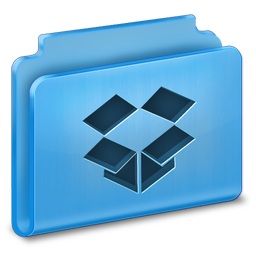 With a Freemium service, you can not expect the high cost Enterprise grade security. To run a Cloud Storage Service, at least employees are needed. Keep it in mind, Dropbox is not a huge big Enterprise like Rackspace Cloud or Amazon. It is a startup company funded as startup company by Y Combinator. The backend is, Amazon S3 ‘s hardware. Amazon successfully shown their competency on last Summer with Heroku Cloud. Amazon Glacier ‘amazing pricing’ was leaked by an ex employee to a third party. You can not ignore the IaaS if you think about Dropbox Security.

Regarding Desktop clients, it is an obvious fact that Windows is unable to provide security for storing password. We always advice to use Ubuntu or Debian or any GNU Linux or Mac to access the Cloud and to use Key Pair. Because on Malware prone Operating Systems, simple username password can never offer any security.

It is definite that there was flaws with some part of coding part in past. Debian had a flaw with OpenSSL which remained unnoticed for years. Rackspace took several months to launch Cloud Block Storage, Rackspace Cloud Files backend is Akamai. OpenStack is initial collborative Open Source project from Rackspace and NASA. With so much high technical background, Rackspace still has no official mobile client for Storage Services. The only Mobile application was initially developed for server creation, with Open Stack it has been extended.

So it can be a good question that who propagated the too much magnified concerns about Dropbox Security rather than helping them to fix the issues and run nicely.

Articles Related to Dropbox Security is Not Substandard : Corollary From Security Experts