Hackers in the field of computer security is concerned with breech of security mechanisms and finding their weaknesses. While the term Hackers also includes those are looking for vulnerabilities in order to identify or correct the gap, the mass media and the general public more often use the word Hackers for the people who illegally exploit systems with such gaps.

Depending on the motivation and loyalty to the law, a distinction is made between the hackers – White Hat Hackers, Black Hat Hackers, Blue or Gray Hat Hackers and the Black Hat hackers are synonymous to as crackers. Following the introduction of laws on cybercrime, white hat, gray hat and black hat hackers are distinguished from each other, depending on the legality of their activities. This classification is based on characterizes old Western films, which “Cowboys” (white) because of their hat color as “good”, “neutral” (gray) or “bad” (Black) – typically like a villain in movies of ’70s.Previously we published how Methodology hackers use for an intrusion to a network and about cybercrime.

White hat : Hackers using their knowledge both within the law and within the hacker ethics, for example, by a professional for network penetration as test.
Black hat : Act with criminal intent and intend, for example, damage to the target system or steal data.
Grey hat : May violate laws or restrictive interpretations of the hacker ethic, however, to reach a higher goal.

Absence of a clear dividing line, this division takes in practice has little relation to real people and is more conceptual rather than specific type of hacking. 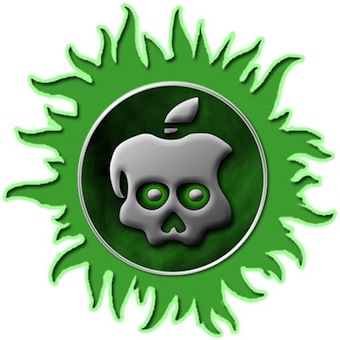 Social Engineering : Describes a technique that allows access to social contacts to the desired information from hackers.
Trojan Horse : A Trojan horse is a program that is disguised as a useful application in the background, but unbeknown to the user has a different function.
Backdoor : This term refers to a part of a computer program that allows users to obtain, bypassing the normal access to the computer security or an otherwise protected function of a computer program. An example is the universal password for a BIOS or a special software that enables an appropriate remote access to the computer system.
Rootkits : Rootkit technology is used to hide certain objects and activities from the eyes of the user. Thus, they are usually installed after a computer system on the compromised system to hide secret to hide processes and files and future logins of the infiltrator.

Denial of Service (DoS) : Except as means a reduction of a network service, for example, by overloading.
Exploit : An exploit is a computer program or script that takes advantage of weaknesses or failures of another computer program to gain escalated privileges or to perform a DoS attack.
Vulnerability Scanner : This technique is used for automatic analysis of computer systems. These utilities are specifically looks for vulnerabilities in an application, a computer or a network and can help to identify vulnerabilities.
Sniffer : A sniffer receives the data f traffic on a network or a computer connected device to record, display and possibly evaluate. For example, a network sniffer can be used for spying and passwords to view data being transmitted.
Keylogger : A technique for recording the keystrokes, for example to access various restricted areas.

Virus : A computer virus is a computer program or script which has the special property of reproducing itself, once it is executed. Thus, the virus gets to other media, such as network drives and removable media. Through user interaction, which connects an infected removable media to another system, the virus code also reaches for execution, by which other systems are infected by the virus. Besides the secret spread of the virus, the malicious function make changes to the system can not be controlled. In this way it is possible to compromise many computers in a corporate network or even semi-automatically from the Internet server.
Worm : Unlike the virus, the computer worm is a system installed utility that is used in order to copy to another system. This could be for example a particular e-mail program that remotely controls the worm, to be distributed to all recipients listed there. Depending on the nature of the utility itself, the worm code on the newly infected system. Therefore, this method is very efficient. On systems that do not have the necessary utility to the worm can not reproduce.
physical access : An often underestimated way to gain access is to get into the premises where is safety-critical hardware.

This Article Has Been Shared 217 Times!