Advertisement
You are here: Home » Linux or JVM for Tomorrow's Cloud Computing ?
Advertisement

Linux Operating System, specifically Debian and Red Hat Linux derivatives are commonly used in foundation of today’s Cloud. But does JVM holds the promise for tomorrow ? We run programs in any dynamic programing language that runs on a JVM, in turn which is running on an operating system designed 40 years ago for a totally different reason, they are running on virtualized hardware.

Linux is definitely the best for Cloud Computing, but…

As newer technologies are evolving friction created by our old tools and architecture models, they are becoming more and more heavy to carry. For example what a team of USCD is building : a prototype phase-changing memory – a solid state storage device that provides performance thousands of times faster than a conventional HDD and up to seven times faster than the current state art of SSDs. Despite this data, PCM has access latencies several times slower than DRAM. This technology has incredible implications, but an interesting and not so obvious implication concerns us, is ur current standard of data center. 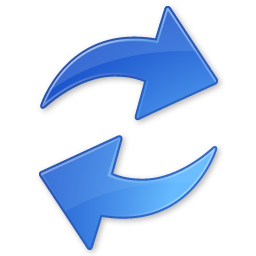 The change in storage performance is going to force us to see all the different aspects of the design of computer systems; low levels of the operating system through the application layer; to the data center and network architectures. The idea is to combine all these levels into one. Today’s high speed network interfaces are used in major data centers which depends on Linux base. The speed is getting hindered simply for the fact that, a scalable Content Delivery Network can not be used to serve a PHP Content Management System, that is making the whole system not truly globally distributed.

The success of Platform as a Service with JEE makes us to draw attention towards JVM for tomorrow’s Cloud Computing.

This Article Has Been Shared 619 Times!

Articles Related to Linux or JVM for Tomorrow's Cloud Computing ?