Thunderbolt, formerly known by its codename Light Peak, is the name used by Intel to describe a new type of high-speed connector that uses optical technology. Thunderbolt Interface is more advanced than current technologies such as USB, FireWire and HDMI. Thunderbolt was developed by Intel in collaboration with Apple Inc.

The Thunderbolt interface was at the Open House as Light Peak in 2009 in Intel Developer Forum (IDF), internally for the first time and on 24th February, 2011; it was officially presented. For cost reasons, initially an optical transmission was omitted, instead, an electrical transmission over copper cable was used. Since Thunderbolt uses active cable, all devices which are also compatible with optical cables will be compatible if this in future is added. Mechanically and electrically Thunderbolt is backwards compatible with the DisplayPort to mini-DisplayPort connectors.

MacBook Pro since 24th February 2011 are are equipped with Thunderbolt port. Thunderbolt, according to the plans of Intel is a universal connection of near future which currently offer enough capacity to transfer large amounts of data. Thunderbolt is based on several parallel bidirectional channels on which serial data is transmitted. Two bidirectional channels come with transfer rates of 10 Gbit/s but the Thunderbolt technology has the potential for much higher data rates. Cables are specified by Intel to be up to three meters, optical cables provide significantly longer cable of at least 10 meters.

Since the year 2012, Thunderbolt is also available on Windows systems. The Thunderbolt technology is a direct competition to the slower USB 3.0 technology, but the latter has the advantage of compatibility with the widely used older USB ports. 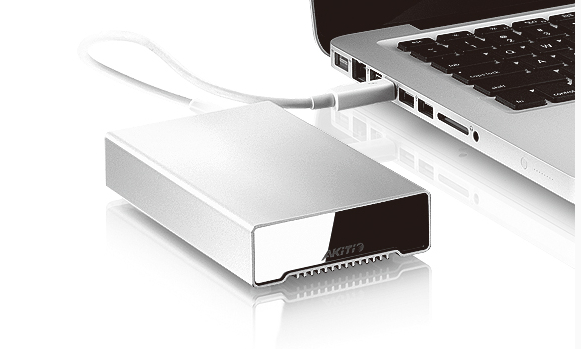 Thunderbolt is the integrated form of a controller in the supporting devices. The first version is still based on copper cables. Later, an additional technology with semiconductor lasers and photodiodes module will assume the conversion between optical and electrical signals. A series connections of up to six peripherals without power loss is also possible. Connecting Thunderbolt chips operate with a synchronous clock signal.

Currently (in 2012), a Thunderbolt cable is technically very complex, since it is two plug ends of twelve chips. From this large number explains the long, it is quite bulky design. Another advantage of Thunderbolt Interface is that, an existing graphics card can be used with Thunderbolt.

Tagged With thunderbolt interface for windows

This Article Has Been Shared 979 Times!