Advertisement
You are here: Home » DropBox Cloud Storage : The Story of Success of a Common Man
Advertisement

DropBox Cloud Storage was not build by any big brand, Dropbox started with funding by investors, it tells us how Cloud Computing can make a developer a brand. The person behind DropBox is Andrew W. Houston, with the investment by Y Combinator for a startup company by an entrepreneur in 2007-2008. DropBox Cloud Storage itself tells many success stories which will definitely make you interested.

DropBox Cloud Storage : The Story of Success of a Common Man

The basic story till the 90’s was – some cunning person, who has less to do with academics will create something, make some money, hire developers and will become the giant. It was the average story. The story first broken first by Google. Then gradually various academically sound person started to think in that way. Yes, Google themselves has given the reward to the authors – AdSense.

DropBox Cloud Storage started its journey in 2007 when Andrew W. Houston was a MIT graduate, Arash Ferdowsi was the co. It is coded in Python Language and he is the co-founder with US$400 million worth of properties, thats too with a freemium model. Y Combinator invested for this startup company. And this two person coded and founded company is now the biggest competitor of Microsoft Sky Drive with more than 100 million users. The reason why Microsoft associated peoples, usually say against DropBox; it is not for any security, it is not any constructive criticism – the reason is, DropBox Cloud Storage killed the market of SkyDrive which is technically not even comparable to DropBox by the features. We have lot of innovative guides on DropBox, you can search with Dropbox in the search field of this website to follow them, you can host a website, host anything that can work with Javascript, HTML. DropBox can somewhat work as a CDN too, a free CDN for free WordPress. We frequently publish guides for Rackspace Cloud Files and then a free way with Dropbox. Technically Cloud Files can not be compared with DropBox. Google Drive, Apple iCloud is not really the competitors for their targeted usage from developmental side, it is wrong way to think that DropBox is their competitor. They can hardly be competitor by the digits of users. 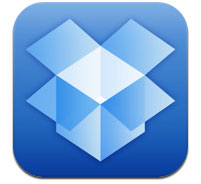 DropBox is a ideal model which any good developer might think to follow to grow their business without really much in wallet. Yes, that way of thought is reflected by many Cloud Computing Startup companies, which are mostly PaaS, uses some other’s IaaS.

Articles Related to DropBox Cloud Storage : The Story of Success of a Common Man