Basically as MacBook Pro 15″ has 4 GB of physical RAM (on Mid 2012 and thereafter models) as minimum and a quad core processor, running any virtualization software is smooth. But, VirtualBox itself will not support the Graphics Card but VESA mode, onboard graphics is not really powerless but VirtualBox is not for production usage, it is nice as a free software for example, you can carry your Windows PC on a pen drive an run on Mac just like we wrote in Virtual Machine From Physical Machine Using Disk2VHD guide.
You can download VirtualBox from Oracle’s website : 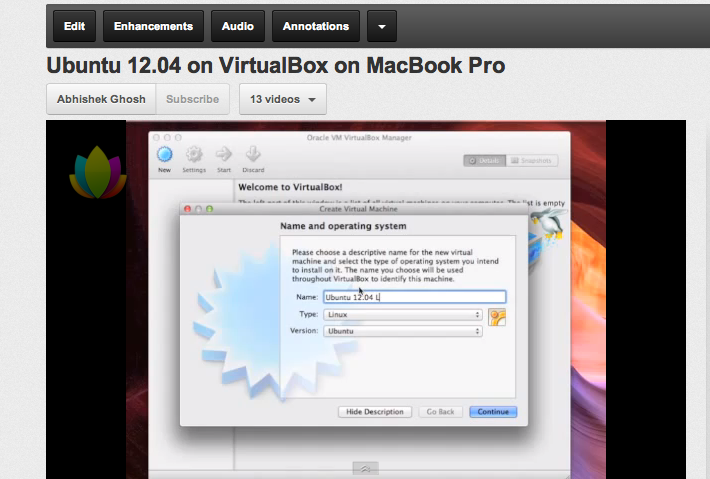 It is quite easy to follow (and has some funny added sounds!). It is important to watch the Settings part (1:44 onwards) for optimized performance. Do not change settings which you do not know.

You must know that, Virtualization is a processor intense task and cooling is important part. For running the guest OS / VirtualBox for longer time, it is suggested to use some kind of cooling pad to create a gap for better natural airflow between the metal base of MacBook Pro and your Table. Do not run additional processor intense task.

MacBook Pro has excellent cooling fans, still, if it gets very hot, shut down everything and let the MacBook to cool itself. Only use ice (wit proper wrapping) if you know what you are actually doing. As the body is of Aluminum, cooling a ‘safe corner’ will cool the whole system. It is obvious from basics of physics that, cooling fast can be dangerous itself.

If you get stuck on any step, write on comment.