Cloud Server and Cloud Storage is expanding. Infrastructure as a Service (IaaS) is one of the most important segments in the market for cloud computing. Just like you do a kind of market survey, bargaining in the village grocery shop, the condition of the Cloud Server and Cloud Storage market is like that. The open source has created a situation, where Platform as a Service (PaaS) is washing out the traditional crap quality shared servers like Hostgator. In those days, if a server went down, the users had to almost beg to the support. Today, within few minutes if you are not satisfied, frankly you will change the service. By default most are giving back the money for more downtime than mentioned in SLA. They are running surveys to check the users’ satisfaction level. The time is when the developers, entrepreneurs are opening optimized services. In this highly competitive market of Cloud Server and Cloud Storage, you must go for a bargain unless you want to loss money.

According to forecasts by the experts, cloud computing market alone is growing over 40% per annum from the period between 2010 and 2015. Especially the IaaS offering is constantly growing. Users thus have the opportunity, in the short term and as for needed (on-demand) infrastructure resources to use as computing power in the form of virtual servers and storage space. Billing is based on the pay as you go model.

The customer pays for only the resources (usually an hour or gigabytes), which are actually used within a specified period. Set up your own virtual data center is thus theoretically possible for each user and not only the companies with substantial capital resources like before.

Since 2006, Amazon Web Services (AWS) provide businesses and individuals a cloud -based platform for infrastructure web services. Amazon, with its infrastructure-as-a-Service ( IaaS ) platform web services for processing power, memory and communication, has each service can on demand, i.e, as required they are available. The focus of the entire infrastructure is on ease of use, reliability and scalability. Are long-term contractual commitments are unable to because of the pay as you go model. A standard EC2 Small instance with an average region based cost, including the operating system Linux, costs $ 0.095 per hour, $ 0.10 per GB come for the incoming data transfer and $ 0.15 per GB for outgoing. Small instance has 1.7 GB of memory, 160 GB of storage space and all are on a 32 bit platform.

The King of Open Source Cloud Computing Business, Rackspace Cloud is based on Xen virtualization technology, virtual machines can be configured to be running Linux or Windows of users choice on Rackspace infrastructure. In addition to a Web Interface, there is a RESTful API that can built virtual and scalable infrastructure programatically. Rackspace classifies the cloud server based on the size of the shared memory. Between 256 MB and 30 GB of RAM (I guess it has been increased) can be selected. There is obviously the choice of addons like Block Storage.

A cloud server including the Free Linux operating system with 256 MB of RAM and 10 GB of local hard drive costs $ 0.015 per hour. All Servers are of 64 Bit on Rackspace.

It is honestly pathetic to use experimental tries before death in the way of AOL.

Fujitsu provides Dynamic Infrastructures for VMware vCloud. We tested their Private Cloud for a client, if you can afford, its really a good service for Private Cloud. Pricing is closed, you need to seek by asking quotation. 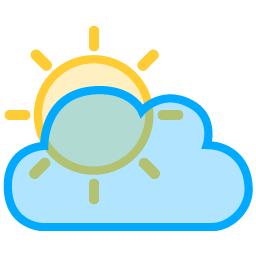 Exactly the same as of Rackspace Cloud. Rackspace has an Managed Level, HP Cloud do not have. Otherwise the pricing is same.

We do not recommend to use goGrid because of their ugly inside webpages shows up the favicon of Joomla! instead of their favicon. These small things indicates the quality of service by a provider.

We do not recommend to go beyond Rackspace, HP and hardly Amazon for Public Cloud (IaaS). Its like using a particular brand of Toothpaste.

This Article Has Been Shared 196 Times!