Distributed Replicated Block Device or DRBD is a free network storage solution software. A kernel module together with a management application in user space with a script serves the function of a a block device on a productive (primary) server in real time to another (secondary) server to reflect it. This method is used to acheive high availability (HA) in the Linux environment and thus can achieve a good availability of various services. Alternatives to this are distributed file systems is GlusterFS.

Each Distributed Replicated Block Device or DRBD component (locally known as a partition) has a status, which may be either primary or secondary. Between all the systems DRBD creates a connection from the local partition to a virtual device / dev / drbd X, which can not be addressed directly. Write accesses to the primary system are low-level block device (partition) and simultaneously propagated to the secondary system. The secondary system then transmits the data to its own local low-level block device. All read requests are always carried out locally. 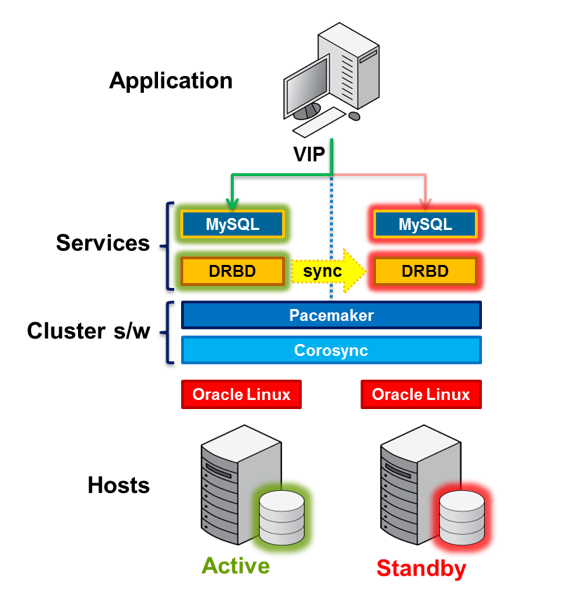 Conventional computer cluster systems usually use some kind of shared memory that is used for the cluster resources. However, this approach has a number of disadvantages that is bypassed by DRBD. Shared memory / shared storage typically bring a single point of failure within itself, since both cluster systems are from the same shared memory. When using DRBD there is no such factor present here, since the required cluster resource to be replicated locally and not on a possibly corresponding shared memory. However, one can work in modern SAN solutions with mirroring capabilities that eliminate these previously unavoidable faults. Now DRBD integrates with virtualization softwares such as Xen, and has support for load-balancing.