Data Block in Data Storage is determined by number of bits, bytes that is treated as transport unit elements corresponding to the respective protocols. Just like bricks construct a house, these bits or bytes constructs a full meaningful item. So these individual Data Block together can construct an image, a music or anything meaningful.

The Basic idea of Data Block in Data Storage

Hard drives and historically floppy disks are divided into data block. A data block is the smallest readable or writable unit. (now usually this is 512 bytes in size, because this size corresponds to the cluster size of the original UNIX or UNIX Like Operating System’s file system) Data block size is always eight times bigger than the writable capacity. This is the reason it can vary with Operating System.

Each Data Block on disk can be clearly addressed, using various methods such as LBA and CHS. LBA is the more modern method, unlike the older CHS process, the knowledge of the disk geometry is not required.

File systems organize data in general not at the lowest level of data block, but at the next higher level, that known as cluster  under Windows Operating System and Blocks under Linux / UNIX like operating Systems. In contrast to the usual geometry based addressing, this process is called block-based addressing. 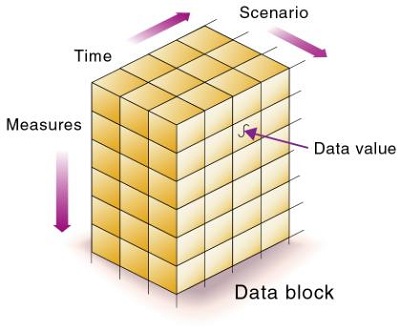 In computer networks, data block rather known as data packets. In most network protocols, the packet length is variable, however, there are often minimum and / or maximum length for the packets. A 10-megabit Ethernet packet at is least 64 bytes long. If less data is needed to be send, the packet is usually artificially inflated by padding data, which are ignored by the arrival of the package. Padding is nothing but actually zeros.

The SCSI protocol uses data block system to send commands. It occurs in addition to SCSI drives including removable drives for media including CD and DVD drives of a computer.