Access time is in addition to the data transfer rate is an important measure of performance of storage devices such as hard drives or optical drives and other storage media such as RAM. Access time describes how quickly the appropriate storage media after the arrival of a write or read command perform the appropriate operation and provide the corresponding data. 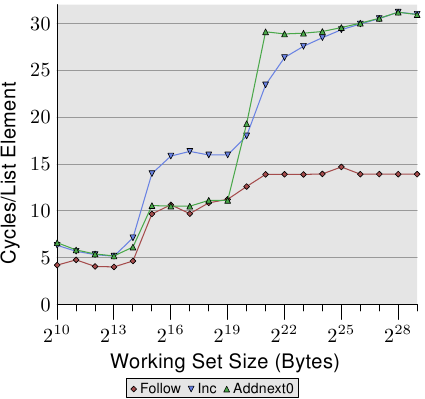 In flash memory , like the technology used in memory card , USB sticks and increasingly also in Solid State Drive eliminating the need for mechanical movement of a read-write head. Those memories have significantly shorter access times (about 250 ms magnitude) than hard drives or optical drives, but at higher cost.

In rotating media such as hard drives or optical media such as CDs / DVDs, the access time is composed of the time required to position the read-write head over the track is required (also known as seek time) and the latency time that elapses until the right sector on the media under the head appears (latency). In a mostly assumed random distribution of requests only the information of an average access time is useful when the parameters are (previous head position and sector position) equally distributed.

Modern hard disk drives, depending on the rotational speed , has average access times of about 9 ms (typical 7,200 rpm). SATA drives have mechanisms that allow a rearrangement of arriving at the drive to shorten the access time ( native command queuing ).