Advertisement
You are here: Home » Will Cloud Computing Kill the Market of Hardware Manufacturers?
Advertisement

Will Cloud Computing Kill the Market of Hardware Manufacturers : The Statistics

The report from Lawrence Berkeley Lab, which was partly funded by Google wants to imagine the apocalypse that would occur if the IT world would shift from the data center and servers to the cloud, even if only for the management email and productivity applications. The result is impressive. According to the authors of the research, in fact, the need for data center energy would decrease by 87 percent, from a total consumption of 373 petajoules per year to just 47 petajoules.

If the figures were not clear enough, just think that with the energy that cloud be saved could be given free of charge to the entire city of Los Angeles every year. This is not all. Even more exciting figures for the IT infrastructure is hardware itself. The number of email server, capable of providing connectivity to 87 million people, would be reduced from the current 3.5 million to just 47,700 servers, saving the need of hardware to 98.6%.

Savings that affect the materials of production, investment clients, but, above all, on the disposal of obsolete infrastructures. All this is because many of these servers are under-utilized and instead of handling 2000 or more users, they operate a number that can be counted with the fingers of one hand. If even in this case the figures were not enough, to understand the concept you can imagine to get into a server room and throw 99 percent of the box in the trash compactor, without anyone noticing, of course, if the system is configured properly. Similarly, the number of server intended for productivity applications could drop from the current 1.2 million just 32,400, with a reduction, even in this case, of 97 percent.

Will Cloud Computing Kill the Market of Hardware Manufacturers : Deduction from Statistics

In the face of these figures, it is natural to wonder what would become the future of the hardware manufacturers. As entry into the cloud will lead to the sale of a higher number of equipment, it will be difficult for the vendors to retrieve an incredible drop in demand, accompanied by as a natural consequence, even from a cut on prices. 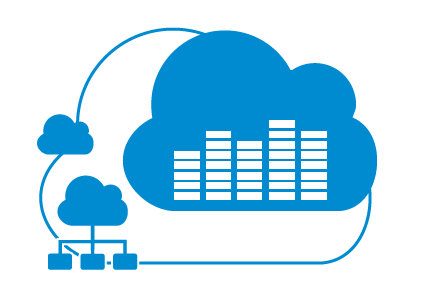 In addition, hardware vendors will have to contend with a more sophisticated client hardwares and instead of selling millions of servers to millions of customers, should aim to sell far more better quality units. Many customers could also could decide to hire the anufacturers directly to build customized equipment to suit the needs (such as Facebook and Google are currently doing with some Taiwanese productions).

So here is that broker, who would not have a long life and their work, rather than on the clouds, might end up in the cellar. By contrast, the storage industry continue to grow, as the cloud would impact only marginally on the number of external drives required by the market. Similarly, even the Wi-Fi protocol seems to be a winner, much more than those used in cellular transmissions, with a power consumption of only 100 microjoules in front of the 450 required by the cellular connections for sending a handful of data. In short, the cloud could change and not just the whole physiognomy of the IT market as we now know, it could engage the manufacturers, customers and business profiles relating thereto.

Tagged With will cloud computing kill the market of hardware manufacturers

Articles Related to Will Cloud Computing Kill the Market of Hardware Manufacturers?