Advertisement
You are here: Home » Cloud Computing : The now Non-Existent Border Between Free and Profit
Advertisement

Cloud Computing is entering through open source and free softwares. In recent years, Open Nebula, Open Stack, Eucalyptus have offered several alternatives. First the services of Amazon’s cloud computing opened the way for a boom in the computer industry for powerful and flexible service only available at that time on the Internet. Now the same technology is entering the market of the major corporate, through open source and free softwares for the creation of own cloud computing platform, private or public cloud just like Amazon, with a very similar organization and management.

Cloud Computing : The now Non-Existent Border Between Free and Profit

The idea for these free softwares is to create own editions of cloud, in such a way that they can be useful also be people and workers of each area, from the home to the small and medium-sized enterprises. If the company is large enough to have several partners, employees and strong engineering talent, open source cloud softwares could be seen as power pack with many different capacities.

Open source projects are dependent on a handful of engineers who create and then release publicly the software free of charge, after this stage there is, however, a comparison with a wider market and there are many opinions on how to interact with the giants for own busines. Of all the versions, perhaps one of the most brilliant is OpenStack, which competes at several things with AWS. The idea is to give AWS an ally in the open source world, is providing the customers Eucalyptus to move things inside or outside the cloud, according to the needs of internal workloads and security policies. 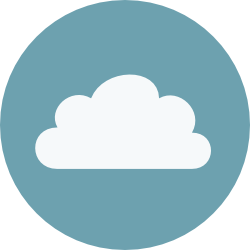 Amazon is the de facto standard for the cloud, it is just that not everyone wants it; but it has been. An affirmation that this not a little out of place in today’s context or in a scenario where now the separation between profit and open source is non-existent. Eucalyptus has had its origins in a project with the University of California, Santa Barbara, but it is clearly been designed to be a business related to profit.

Their clients include Puma, Sony, U.S. Department of the Federal Agriculture and has performing on more than 25,000 cloud instances worldwide. Eucalyptus can be used free of charge when customers use open source virtualization software, necessary for cloud computing, such as Xen and KVM. When customers use the most popular products of VMWare instead must use the paid version of Eucalyptus. So far, fewer than customers have used the service for a fee.

MySQL, SUSE Enterprise, REHL can be compared in the same way as these softwares can be thought.

Articles Related to Cloud Computing : The now Non-Existent Border Between Free and Profit