Automator is an automation software designed by Apple for Mac computers running OS X. It allows to automate using provided basic scripts or one can add own. In fact, the process boils down to a sequence of actions out of an action from the input for the next step. The process thus created can be saved as an application for frequent use by the user. The advantage of such a record is that, the application can run without really launching the software and OS X is in charge of running the script without launching even Automator. This application also allows you to create integrated into the application bar chosen by the user Services menus or folder actions that facilitate the management of certain files (such as those that are publicly accessible to all).

Launch Automator from Launchpad > Other > Automator or from Applications folder> Automator or simply type Automator in Finder and hit Return key, you must choose a process model. This model will determine in some ways how it will launch the script by accessing a service, by running as an application or being triggered by an application.

Launch Automator and select Service from the template chooser. Next, if you select :

Text (under Actions) > Text to Audio and drag and drop a file like the example screenshot below :

If you save it – as your template is Service, you’ll get the option to run the EXACT ACTION for any text file under menu while working with files. There are a lot of great actions given by Apple Inc. 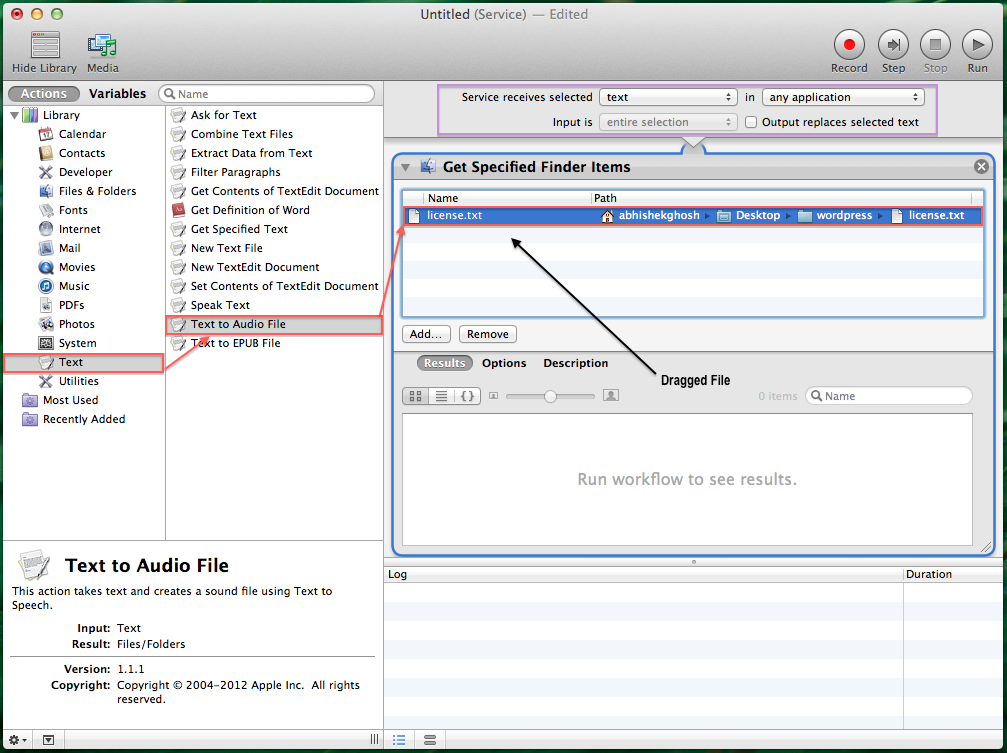 You will get lot of scripts free online to make the full usage to create your own set of Automator Automation Recipes.