Push technology or server push describes a style of communication on the Internet where a transaction request originates from the server. In contrast to the pull technology, where the request is originated from the client. Push services are often based on information preferences. A customer must subscribe to multiple feeds. When new content is available in one of these channels, the server must send the information to the user.

The synchronized conferences and instant messaging are typical examples of the type ‘push’ services and typical usage of Push Technology. Chat messages and sometimes files are sent to the user as soon as they are received by the messaging system. Decentralized P2P programs (such as WASTE) and centralized (like IRC or Jabber) enable ‘push’ file. That is, the sender initiates the data transfer, instead of the recipient.

The email is a push technology too : the SMTP protocol on which it is based is a push protocol. However, the last step: from the mail server until it reaches the user’s desktop uses a pull protocol like POP3 or IMAP . Modern email clients make this step instantaneous (by the use of regular connection to mail server for checking new messages). The IMAP protocol includes the command IDLE , which enables the server to tell the client when new mail has arrived. BlackBerry Original was the first popular example of push technology in a wireless context.

Another popular example of push  technology was PointCast Network , which gained popularity in the 90s. This was in the charge of distributing and storing data. Both Netscape and Microsoft integrated it into their programs during the browser wars , but was later replaced in 2000 by the RSS (one pull technology). Other uses of Web applications that make use of push technology, includes the distribution of market data (inventories), messaging systems / online chat ( webchat ), auctions, games and online casinos, sports results, monitoring consoles and networks.

Generally the web server response does not end after the data has been sent to the client. The server leaves open so that if an event occurs, it can be immediately sent to one or many clients. Otherwise, the data should be placed in a queue until the next request is received. Many web hosts offer this functionality via CGI (e.g. NPH scripts in Apache). 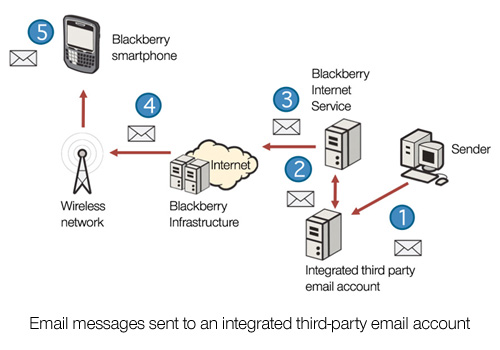 Another mechanism is related to a special type MIME called multipart/x-mixed-replace, which was introduced by Netscape in 1995. Web browsers should interpret this as a change to the document when the server releases a new version to the client. Today this continues to be supported by Firefox, Opera and Safari, but traditionally ignored Microsoft. It can be applied to web documents.

A pushlet is a technique originally developed for web applications on Java, but the same techniques can be used in other web frameworks. In this technique, the server takes advantage of persistent HTTP connections. The server then periodically uses javascript to update the page content, thereby achieving the ability to push. Using this technique, the client need no applets or other Java plug-ins to keep an open connection to the server.

Long polling is not itself a push technology, but can be used under circumstances where a real push is not possible.

This Article Has Been Shared 428 Times!

Articles Related to What is Push Technology?