Advertisement
You are here: Home » What is New in The Latest OpenStack Release – Juno
Advertisement

OpenStack Juno promises integration of big data and improvements in the areas of reliability, output management and Software Defined Network. OpenStack Juno is the Latest OpenStack Release at the time publication of this article. The world of OpenStack cloud is in turmoil. Out the new release of OpenStack Juno, the tenth version of the suite, EMC acquires Cloudscaling (consolidating the market following the acquisition of Eucalyptus by HP and Metacloud by Cisco). OpenStack is stretching its tentacles over the entire IT industry and the most important companies in the sector and this success can only serve as a catalyst to further development of the platform already present.

The first novelty of OpenStack Juno is integrating the big data analytics. Until now, anyone could use OpenStack with frameworks such as Apache Hadoop data processing and Spark, but in order to appreciate all the features in OpenStack, a great manual work was needed for the integration. Now, with OpenStack Juno you can put an end to this situation, as the data processing systems are integrated directly into the platform and OpenStack is managed through a special panel of the dashboard. So, you can choose any distribution of Hadoop and create templates for different cluster configurations, assign and control nodes and so on, without having to proceed with manual additions.
In addition, manufacturers will be able to publish special plugins to enrich this new feature OpenStack Juno and already Hortonworks has released their special add-on.

New version of OpenStack Neutron also received an update in the portion of code dedicated to Software Defined Network technology. With Juno it is easier to migrate the network configuration from Nova Neutron and use the advanced features of SDN. In addition, Neutron was equipped with about 35 new plug-ins (including the new ones from IBM, Mellanox, Juniper and Brocadela), with improved reliability thanks to a new test system, which underwent all new drivers written for OpenStack Juno. 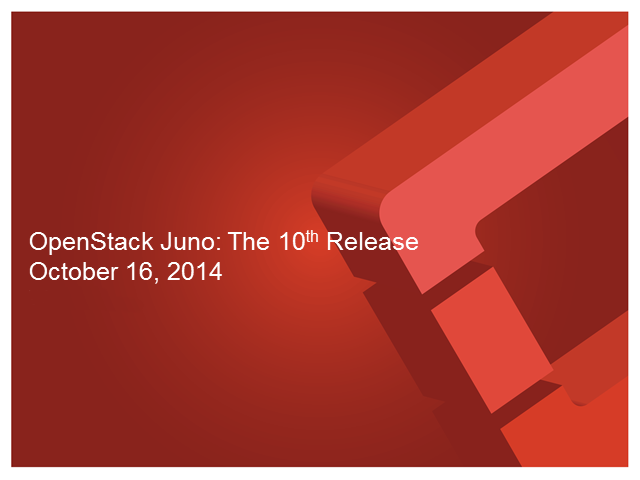 OpenStack has had an immeasurable impact on the service providers’ market, because the platform also fits the companies with little experience in the field of cloud infrastructure, be it private or public cloud, latest release acquiring some technological advantages of traditional providers such as Amazon Microsoft and Google. In OpenStack Juno, everything acquires an even greater reliability because the of the fact that the new version will also allow other telecommunications companies, such as AT & T, Verizon, Orange, NTT and many others to free themselves from expensive proprietary technology for the management of networking. In this way, operators can acquire the necessary hardware, then be using the open source software.

Swift made ‹‹a significant contribution to OpenStack, since 2010, allowing to store multiple copies of the same object in different hardware devices, in order to cope with different hardware failures contemporary without losing useful information. With Juno OpenStack, Swift has been improved. The user has the opportunity to decide how many copies of the same object have to be made ‹‹and where these copies should be stored. For example, an object in the background and just accessed may be copied only once on low-performance storage hardware, while the most popular and sensitive information may be stored more than once, on high-performance hardware with geographical redundancy.

In storage part, Cinder has been enhanced with 10 new additional drivers for managing block storage systems from Fujitsu, FusionIO, Hitachi, Huawei, and EMC.

This Article Has Been Shared 549 Times!