Advertisement
You are here: Home » The Relationship Between API and Cloud Infrastructure
Advertisement

HTTPS, JSON and many other protocols are not sufficient to describe the relationship between an app and its Cloud infrastructure. We need more on the Cloud Computing Infrastructure. Many peoples think that with the APIs all the applications can communicate with different infrastructures. However, it is partial truth. HTTP and HTTPS protocols are not enough understood by the most and that amount of understanding is not sufficient enough to understand how an app is able to communicate with the underlying infrastructure on complex architecture like when an app in running via Docker Container Virtualization on OpenStack Cloud, which in turn is running on Xen Virtualization. Basics of API, JSON has been discussed before.

The Relationship Between API and Cloud Infrastructure

To better understand the position, readers can do a very simple calculation – count how many Plugins are available on the WordPress Plugin Repository. The number is huge and officially advertised to glorify WordPress development. Now Count the number o applications on Apple App Store, Google Play Store – here we can count a million visitors, referring to the sole “app”. Not to mention the myriad of apps that are on all the various smaller stores and continues to rise.

Let us think that we have over two million apps to install. Now to answer a very simple question – how many of these two million applications are able to communicate and interface with your Cloud Infrastructure? The first thing is in fact, all; at least the major are mockingly writes the features, perhaps the developers begin to change the mind and think a little more, recalling that HTTPS is a protocol, not an application in itself.

We repeat the question again: how many of these two million mobile app are able to communicate with your cloud infrastructure? This time the answer begins to resonate and echo in the ether a sound like “it depends”. That is right! In fact, we can not give a definitive answer, given the presence of more than 10,000 APIs in the world. And these are the APIs which are only the best known to all. 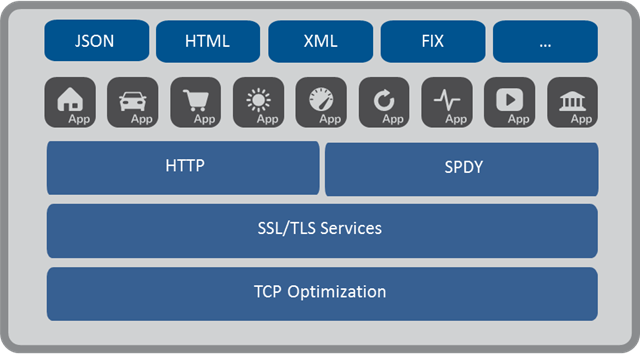 Too Many Made The Relationship Between API and Cloud Infrastructure Complex

The reality is so very different from what we imagine and we must begin to understand that it is true that all applications use the same technology to encode data (JSON, XML, HTML, HTTP POST and HTTP GET), but each still uses own special “dialect”, a way to interface all the owner.

For infrastructure this means that one can not certify the compatibility and the ability to dialogue, simply because the data is encoded in JSON or are delivered via HTTP or HTTPS. We need to know much more than the application with which we interact, we must understand what type of data is exchanged, how often and where they are the users are, from the geographical point of view. We need to know the impact on their interaction and performance of the application due to the different devices that people have to learn to understand how to extract objects and values, such as data entry begins or when it occurs and the removal of content. Of the processed data we need to know any confidentiality hazard in the treatment and so on.

Articles Related to The Relationship Between API and Cloud Infrastructure