Keybase.io Definitely a Great Idea From Security Point of View. At least none really ever attempted a well designed website with GUI with PGP. Few weeks back, Author of this article received invitation for joining KeyBase.io. If you are wondering about what is KeyBase.io, short answer – it is a kind of hub of peoples who are usually invited and has to do with coding and has minimum idea about the word security. More than like a usual profile website, the user can sign, verify, encrypt, generate messages, sign code, move key using their server and the tools. Source code of some of the tools are available on GitHub.

We talked about GPG, may be a good point to start reading if you are fully new about privacy & security specially on the web.

Keybase.io : May Not Be 100% Secured But The Idea is Great

Basically, if we think about us – who are related to cryptography in some way or the other, we might find flaw on the security part around KeyBase. What KeyBase basically does to the mass – the public Tweet, Publicly shared status update possibly makes an ordinary person curious about what exactly these messages are.

What KeyBase believes – their website can help make using keys more secure and understandable by providing what’s known as public key infrastructure (PKI) for cryptography is not completely a marketing gimmick. 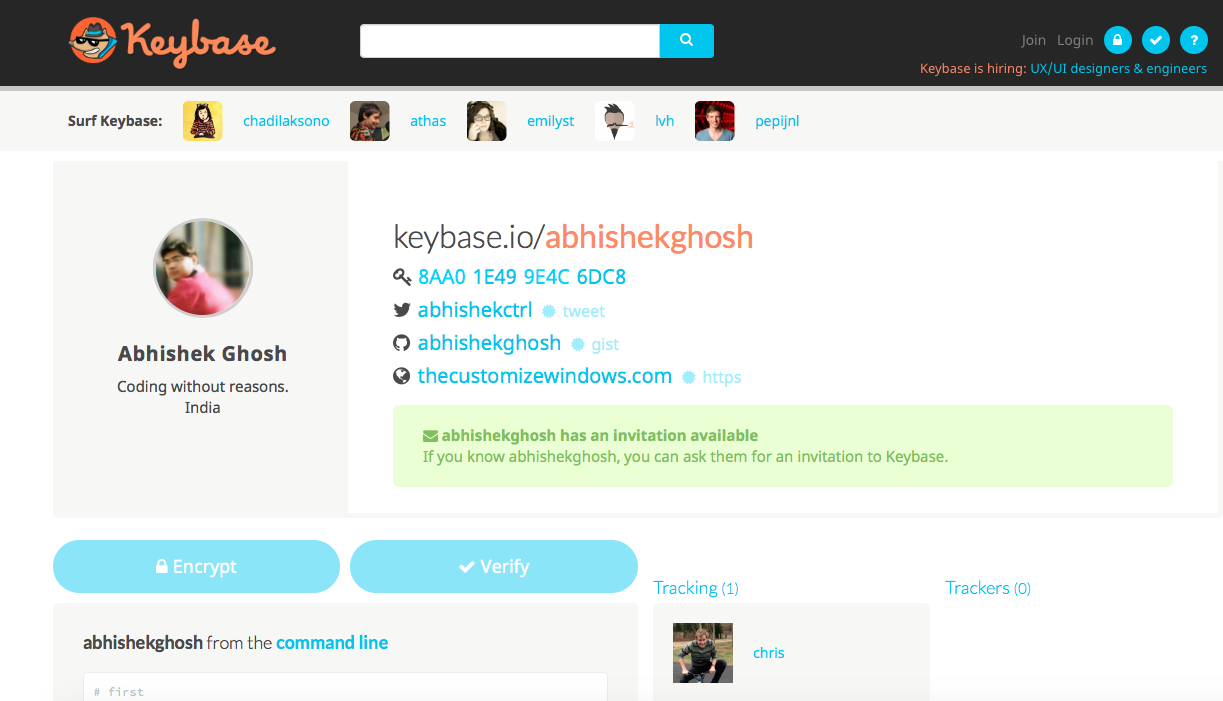 There are few million peoples on Facebook who has no idea who is Edward Snowden or what exactly Free Software is. They possibly think the stories around data theft, Governmental spyware activities a kind of sci-fi story. Yes, we do understand the logic of the hard critics of KeyBase.io – from a cryptographic standpoint, PGP is rock solid at least for social networking purpose. KeyBase.io is a prototype project, first of its own kind; one will definitely agree – we probably have no social network which has minimum real security. Facebook’s that funky PGP key practically does nothing probably than aiding NSA to find security loopholes.

Yes, definitely we would love more to see the whole source code of their running software on server as a compact library as Free Software. But it is also true that they basically share some of their libraries and it is possible to build own CMS which is strong at security. WordPress dot ORG eventually do not share all their custom codes for many functions on the official website, taking it granted – WordPress is most commonly used website creating software.

If you need an invite to KeyBase.io, you can run a search on Twitter or ask us via Contact Us form. We will only check whether you have a real looking presence on web or not. Security eventually a divided responsibility.

Tagged With key base dot IO , what is keybase io