Cloud-Native Application is a marketing term, not a technical term. Cloud-Native Applications are designed to run in the cloud andIn this article, we will explain in easy language what is Cloud-Native Application. As for a commercial product, occasionally it is an useful concept because the customer generally wants to feel that he/she has bought a product which better than the alternatives, and authentic. So for the marketers this tend is convenient as to force sound the other competitors as non-authentic and less technically sound. Of course there is legit hypothetical thought about Cloud-Native Application, which is not exactly what many humans try to sell to a newbie user.

So, in general at present you can not expect a universal standard list of properties to define such Cloud-Native Application or Native Cloud Application. NIST’s definition of Cloud Computing is standard and that is what we described in our old article describing Cloud Computing. Another universally accepted service model is described in cloud computing service models.

What Is Cloud-Native Application From Developer’s Perspective?

From the point of software engineering, the terminology Cloud-Native Application is not effective to convey any technical information. It factually rely on relatively new users around servers and that audience’s perceptions, opinions, and knowledge of cloud based applications. Since the essence of delivering a cloud based product is towards an assurance to the customers to have a great experience, almost no downtime, less worry about the implementation details, latest product, a product bearing such terminology achieves that goal should seem to be authentic to the customers. There is actually no difference between a Cloud Server/IaaS instance and traditional virtual server, similarly cloud storage has not much difference with storage. But to an upgraded user, virtual server is a different from cloud server, similarly, cloud storage and dedicated storage space is different.

The reason to have the phrase Cloud-Native Application is not for fooling, but at present sadly that has been the use.

Cloud-Native Application Is A Concept

Some peoples try to definite Cloud-Native Application that natively utilizes the services and the infrastructure provided by the cloud computing providers like auto-scaling, by default support of serverless computing structure. Also the claim to be cloud-native is the concept of applications joined from microservices in containers. Linux Foundation has Cloud Native Computing Foundation :

Cloud-native means more than running containers. Such terminology means the specific set of software which can work in the cloud and meet the requirements of NIST’s definition of Cloud Computing which essentially require an architecture different from a traditional application design. 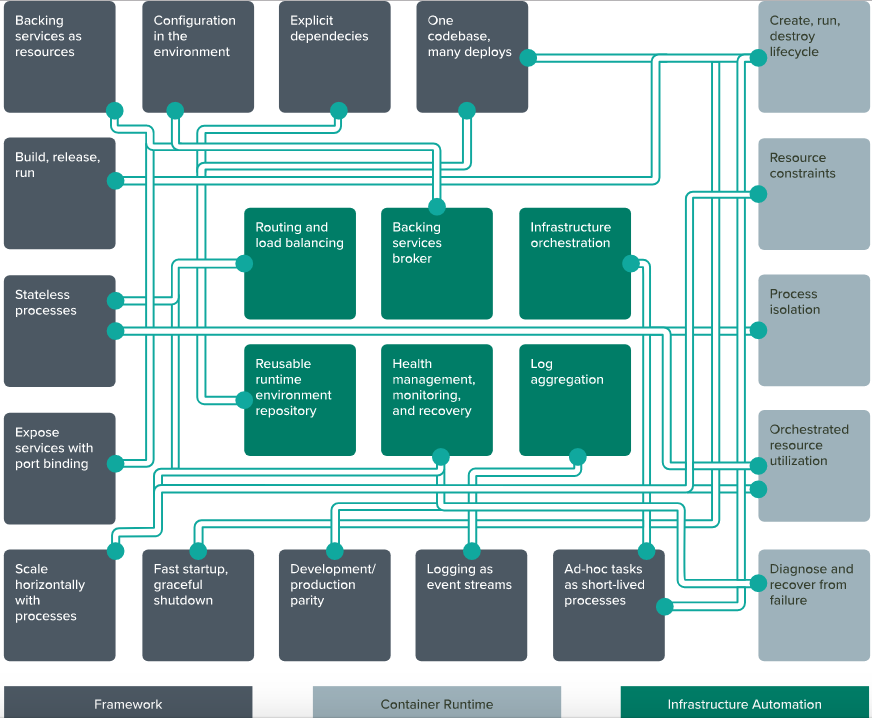 In order to make WordPress cloud-native application, one need to rewrite from the scratch so that backend, frontend, database tables, PHP – all parts are separate and can well utilise, scale according to demand. Google Search as product possibly towards such Cloud-Native Application, although we never knew their infrastructure. At present, we are mainly talking about the future like for handling Big Data matters.

We know we are sounding contradictory.

Articles Related to What Is Cloud-Native Application?