These modules have 5 pins. For our and most guides, libraries the connection will be :

Please note that : the pins on the modules are serially VCC, GND, DIN, CS, CLK but usually libraries, and guides do not maintain the order of serial with respect to pin number. It is normal to connect in wrong pin and cry. For some reason, pin 12, 11, 10 works great for most of these displays. 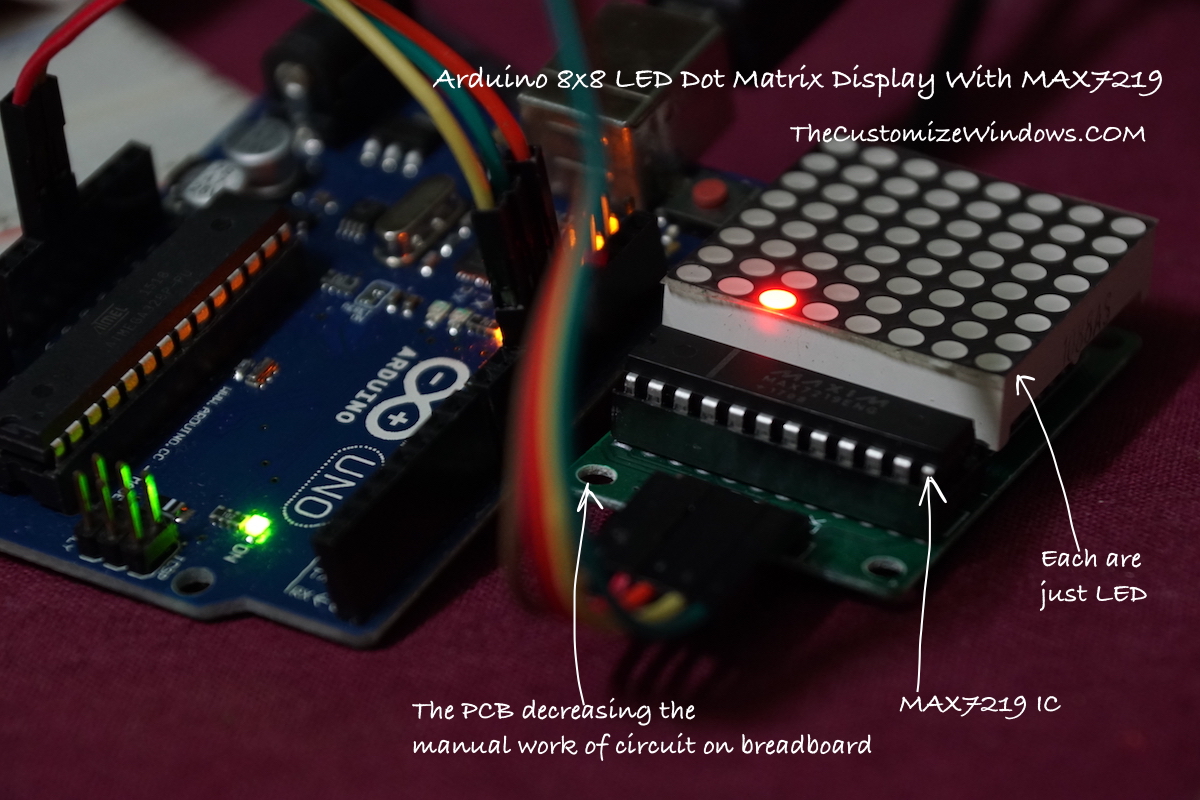 This is example code for 0 to 9 count display :

This code is good for making Christmas light, Diwali light made with up to 64 LEDs and MAX7219 IC :

This Article Has Been Shared 767 Times!