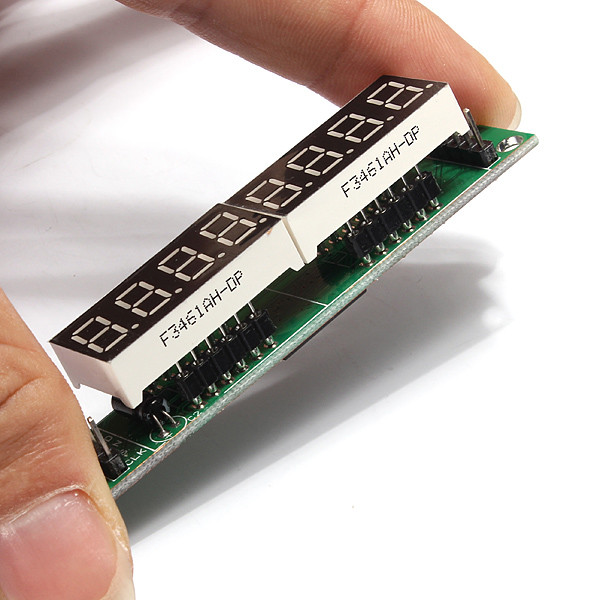 MAX7219 Dot Matrix Module 4 in one display commonly used as examples with Arduino and you can see example videos on YouTube. Basically after 4 digits, LCD display and color LCD TFT more common in usage.

MAX7219/MAX7221 drivers are serial input/out- put common-cathode display drivers which interface microprocessors to the 7 segment numeric LED displays of up to 8 digits, bargraph displays or 64 normal LEDs. You will get MAX7219’s data sheet here :

There is good reference on Arduino’s site :

This Article Has Been Shared 626 Times!