Among LED displays, it is TM1637 which is popular. When digits become more than 4, we need MAX 7219 IC, which is costly but commonly used. The cost makes 8 digit 7 Segment LED Display less commonly used. 14 Segment LED Display is almost exotic in programmable microcontroller world, because of less availability and higher cost of driver IC. Here is Information About Arduino 14 Segment LED Display Driver IC & Library. As it is less used component for higher price, possibly you have build module yourself. Then how cheap China electronics have 14 segment displays? They use different ICs, many of them are not in production.

There is less known Arduino library for MAX6954 :

Some people actually worked huge behind :

Coming to SparkFun’s one retired product : 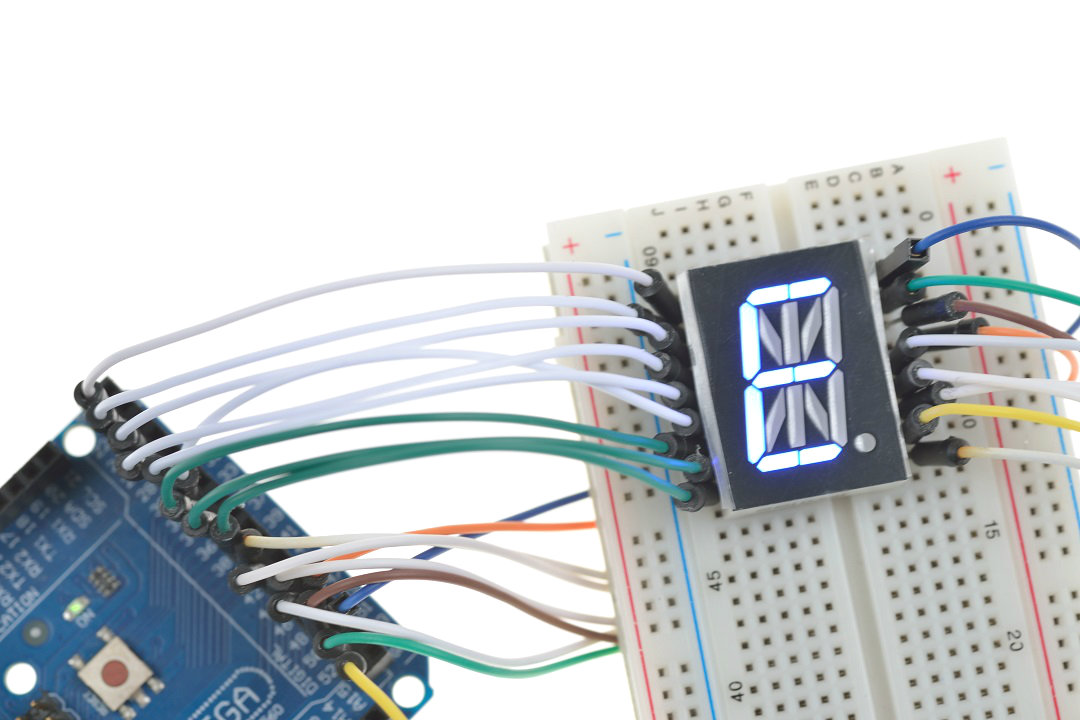 There is 16 Segment LED. 14 segment’s upper and lower segment further divided in to halves in 16 segment. To drive one 16 Segment LED with Arduino, you need Arduino Mega for more Pins. In that case, you have to buy one Common Cathode 16 Segment LED.

This Article Has Been Shared 901 Times!