Advertisement
You are here: Home » Which Microcontrollers Can Be Programmed?
Advertisement

Peoples Often Ask How to Program a Micrrocontroller or IC. In This Article We Have Explained Which Microcontrollers Can Be Programmed and Their Proper Naming Convention. We will not talk about all the ways of programming a PIC Microcontroller in this article but first do an introduction.

PIC is a family of modified Harvard architecture microcontroller. The early models of PIC had read-only memory (ROM) or field-programmable EPROM for program storage. All the current models of PIC microcontrollers use Flash memory for program storage. Program memory and data memory are separated. Data memory is 8-bit, 16-bit and 32-bit wide. Program instructions in bit-count vary , may be 12, 14, 16, or 24 bits long. The hardware capabilities of PIC devices range from 8-pin DIP chips up to 100-pin SMD chips. They have discrete I/O pins, ADC and DAC modules, communications ports. 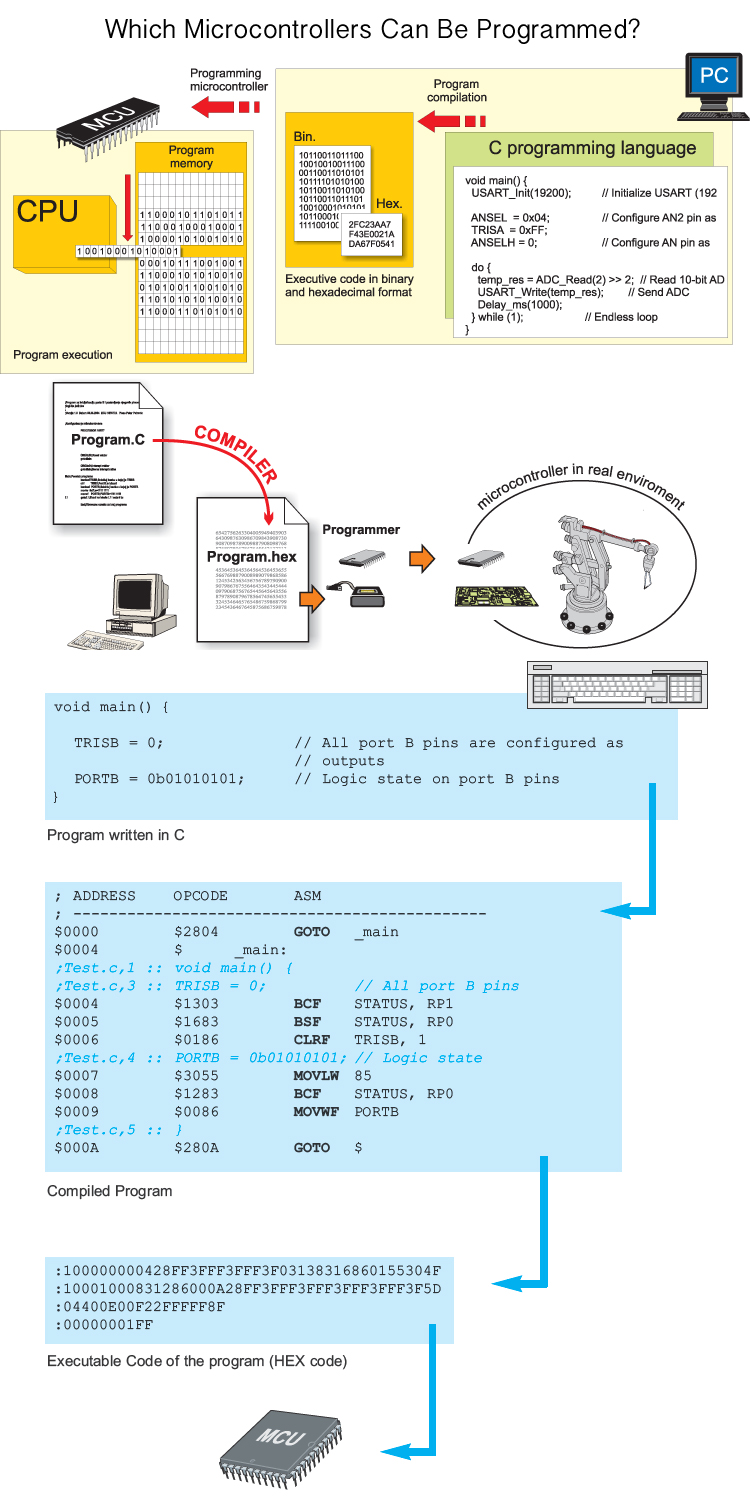 Can You Give an Easy List of Which Microcontrollers Can Be Programmed?

Definitely. If you have less to do with Embedded systems as student, you can actually use Arduino. Arduino is ready to use. Apart from that, theoritically speaking, PICmicro chips are designed with a Harvard architecture. The baseline families use 8-bit wide data memory, whereas the high-end families use 16-bit data memory. Even 32-bit MIPS-based microcontroller is available. Instruction words are in sizes of 12-bit (PIC10 and PIC12), 14-bit (PIC16) and 24-bit (PIC24). The above has clones like ELAN Microelectronics Corp., Holtek, Parallax (discontinued models) produce a series of PICmicro-like microcontrollers.

Another PIC microcontroller is 8051. AVR USB ISP Programmer is also available for 8051. They also cost around $5. AVR DUDE software is commonly used for the later.

As Arduino is Open Source, there are cheaper ways like PaperDuino to build the board. Begining with too much complicated proprietary has no meaning today. You can avoid Arduino IDE and use other IDE, use C for Arduino.

Articles Related to Which Microcontrollers Can Be Programmed?