Details of Read Only Memory or ROM

As the data on Read Only Memory or ROM easily can not be modified, it is convinient to store data that does not need to be changed frequently. Read Only Memory or ROM has been used in many computers to data tables. This was especially efficient when the Central Processing Unit (CPU) was very slow and ROM was cheaper than RAM . BIOS usually installed on a ROM. 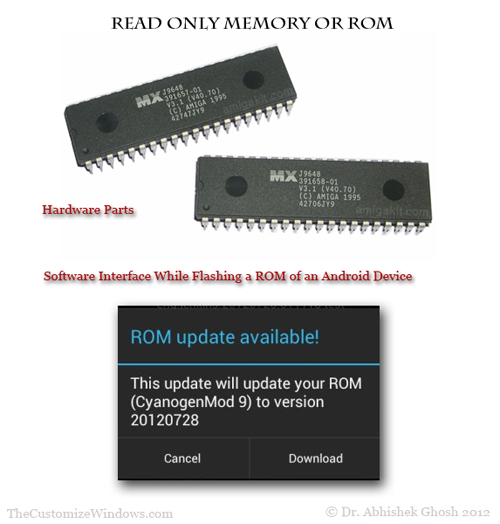 Home computers in the early 1980s came with its operating system in ROM. There was no other reasonable alternative operating system and the external drives were usually optional. Upgrading to a new version means using a soldering iron or a group of DIP switches and replace the old ROM chip with a new one. Currently the operating systems usually are installed on ROM. Mobile Computing devices like Android Tablets usually have programs in ROM.

Usages of Read Only Memory or ROM

As we have mentioned above, there is no reason to think that Read Only Memory or ROM has no use today. In fact this part of hardware is crucial in any computing even today as mentioned above, be it a home computer or a complex medical device.

Articles Related to Read Only Memory or ROM