Flashing ROM is done either to upgrade the official Operating System or Firmware of an embedded computing device or to use custom software to enhance features. This Flashing ROM – Basics to Flash ROM of Mobile, PMP, Tablets article is a generalized guide on Flashing ROM and explanation of the terminologies for the newbies that will help anyone to understand how to proceed, what are basically required etc.

Firmware : When you use any hardware, it is guided by a software that can be compared to a driver for a component on your computer. This software is called firmware.

The most important part from developer aspect (or to reverse engineer it) is to get the original ROM Software from the company. “Helpful Hands” usually helps to get it out from the company for free and use it as if like Open Source to help the users. This is unofficial application of Flashing ROM method.

Officially Flashing ROM is done to upgrade a software or operating system, like Nokia has such system – you can do it yourself or they will do it for free of cost. Free because it violates SLA to charge.

The basic method and needed things for Flashing ROM are : 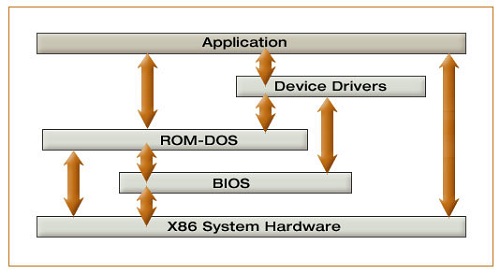 Usually the companies try to reinforce their own terms of warranty to prevent the vendor lock in to stop Flashing ROM unofficially. Unofficial Flashing ROM is equivalent to jail-breaking. Be careful to read the documentation as unsuccessful Flashing ROM can render the device unusable.

Unofficially : Many company’s service center support has not much knowledge about Flashing ROM. So, you will never surrender before them that you have followed a unofficial Flashing ROM method, which has made the device unusable. Always pretend to be a basic user before them and tell them the story – it just has happened while something was playing nicely. They usually replaces the device, but we can not give warranty about it. So be careful.

Tagged With EgRdF2h7GML4lf4FIhkA8aeDS7G5osbbF6e5n4WTr9Tz_ZMIAkeHMgFy , how flashing is done in embedded system

This Article Has Been Shared 921 Times!