Accumulo provides robust, scalable data storage. It is a scalable, distributed key-value store based on Google’s Bigtable and built on top of Apache Hadoop, Apache ZooKeeper, and Apache Thrift. Accumulo is the third most popular NoSQL wide column store behind Apache Cassandra and Hbase. Here Are the Steps on How to Install Apache Accumulo on Ubuntu Running on Single Cloud Server Instance. You have read our linked guides in this webpage to complete the work. 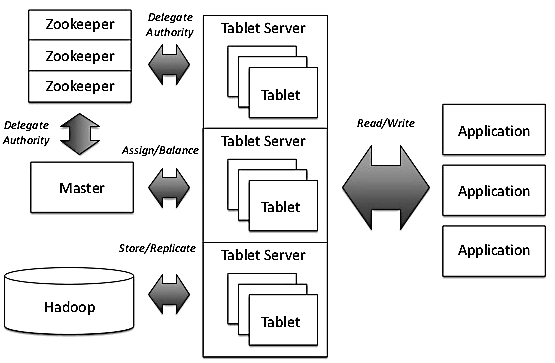 How to Install Apache Accumulo on Ubuntu

First install Apache Hadoop with HDFS. This is the service that Accumulo needs. Follow our guide on installing Apache Hadoop on single cloud server. You’ll need password-less SSH as Hadoop need as the system needs connect to the server over SSH without being prompted for password. All details are written in our Hadoop installation guide. We may use hadoop-2.7.3 for example, you should change command, directives to match your version number.

Make the fs.defaultFS point to the correct nodename, add :

We only need HDFS to be running for Accumulo to work. You can test to check if everything is working properly by using :

Install Apache Zookeeper following these steps (match your current version number, steps are pointing what to do) :

In previous steps, we installed the prerequisites. We will get the latest binary of Apache Accumulo from here :

You’ll need system’s max open files to 32768. By default Accumulo is setup to run on localhost. You have to read documents to

Apache Accumulo web monitor UI will be at http://server_ip:9995. Check ports, running processes if there is any trouble.