Advertisement
You are here: Home » What is a Virtual Private Network (VPN)?
Advertisement

This is a recap from our previously published articles to briefly describe Virtual Private Network (VPN) in easy langugage. Nowadays, VPN services for Windows are extremely popular. Many inexperienced users understand VPN as a magic key for accessing blocked web resources: they clicked the button, and the site opened. Yes, unblocking websites is one of the VPN functions, but not the most important one. The primary purpose of virtual private networks is to protect data transmitted over the Internet from being intercepted by people for whom this data is not intended.

For a better understanding of the essence of VPN technology, we will present the Internet in the form of a network of roads on which mail vans with letters and parcels drive. They do not hide at all where they are going and what they are taking. Letters and packages are sometimes lost on the road and often fall into the wrong hands. Their sender and recipient cannot be 100% sure that the contents of the package will not be read, stolen, or replaced by someone because they do not control the delivery process. But they know that in terms of security, this method of transmission is not very reliable.
And now a closed tunnel appeared among the roads. The vans that pass through it are hidden from the eyes of other people. No one knows where the car goes after entering the tunnel and what it delivers. This is known only to the sender and recipient of correspondence. 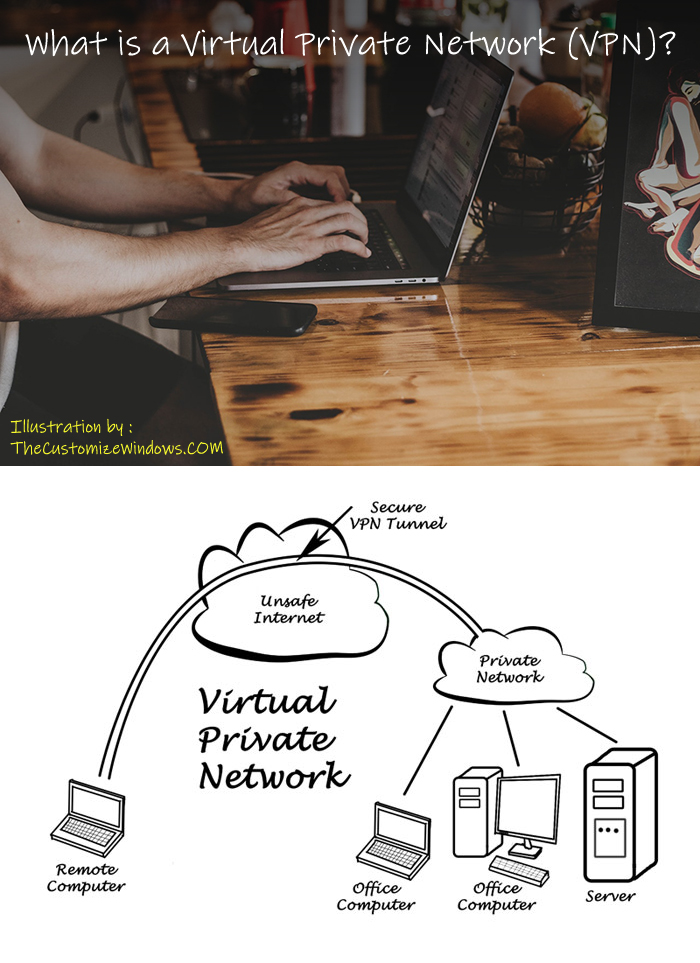 Where VPNs are used

Now let’s see where, how, and for what it is used. The main areas of VPNs are:

As you may know, the operation of any computer networks is subject to the rules that are reflected in the network protocols. A network protocol is a kind of set of standards and instructions describing the conditions and procedures for exchanging data between participants in a connection (this is not about people, but about devices, operating systems, and applications). VPNs are just distinguished by the type of protocols on which they work, and the building technologies.

PPTP (Point-to-Point Tunneling Protocol) is the oldest data transfer protocol in virtual private networks. It is more than 20 years old. Due to the fact that it appeared a long time ago, almost all existing operating systems know and support it. It almost does not load the computing resources of the equipment and can be used even on very old computers. However, under current conditions, its security level is rather low. That is, data transmitted over the PPTP channel is at risk of being compromised. By the way, some Internet providers block applications using this protocol.

L2TP (Layer 2 Tunneling Protocol) is also a rather old protocol created on the basis of PPTP and L2F technologies (the latter is designed explicitly for tunneling PPTP messages). It provides a higher degree of traffic protection than just PPTP, as it allows you to set access priorities.
The L2TP protocol is widely used on these days in combination with other security technologies, for example, IPSec.

IPSec is a sophisticated technology that uses many different protocols and standards to protect your IP address. It is improved continuously; therefore, with the proper application, it provides a reasonably high level of communication security. It can be combined with other security systems for network connections without causing conflicts. These are its strengths.

A virtual private network is a necessity in today’s world. We have discussed earlier that many users are not even aware of the fact that many VPNs leak privacy and the tools to check the technical performance of the VPNs.
VPN services can leak IP address, even the DNS requests which may expose your online activities. Hence, it can be said that a VPN is just a basic tool for maintaining privacy. There are complex matters such as DNS spoofing and DNS cache poisoning which make the topic of VPN difficult. Devices can be the targets of the botnets to create disaster such as Distributed Denial of Service (DDoS). This article hopefully provided the basic idea on VPN.

This Article Has Been Shared 730 Times!

Articles Related to What is a Virtual Private Network (VPN)?