We have talked about the need to mark some articles with a star or some label to classify some posts at WordPress backend. Oddly, this function which is widely used in an email inbox is absent in WordPress admin post list. If you have some sponsored posts or posts with affiliate links, you can not easily find them among thousands of published articles. Admin tables are created using the WP_List_Table class. There is in-depth discussion on Smashing Magazine around the programming part of it.

The work you want is simple but a bad plugin can delete several important SQL in order doing that job. Admin Starred Posts is quite good & simple plugin only to mark with some icons and also filter them from the drop-down menu on WordPress “All Posts” page. 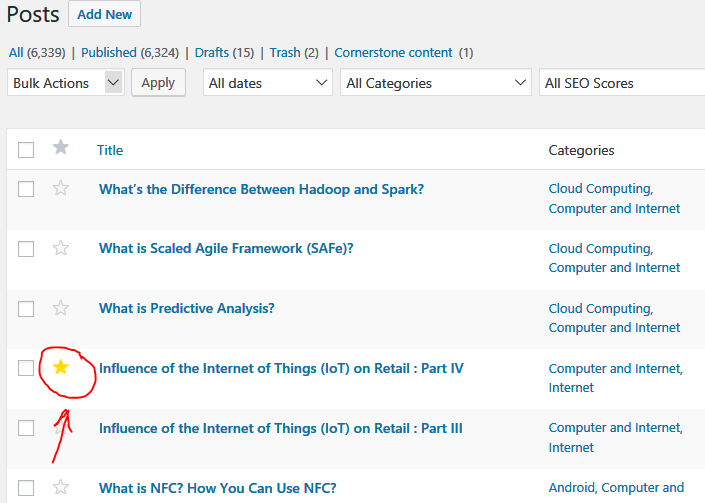 In case you want to change that star icon to something else, you simply need to modify two things – one is the image/icon that you want to use, second is the CSS file of that plugin.

Instead of modifying so much, you can simply open the star sprite image in Adobe Photoshop and use your desired icon of closer width and height as 2nd layer. Save the file with the same name that of star sprite image and replace it.

This Article Has Been Shared 679 Times!