HTTP commands open up wider way to control. This is the corrosponding GitHub repository with a basic example matched with this guide. Already we have shown the serious usages of the method through our Controlling AC Powered Appliances With ESP32 guide. Here is a Discussion on URL Format or Sending Commands Over HTTP (cURL) to IBM Watson IoT.

Look at the code on GitHub. Notice the below lines : 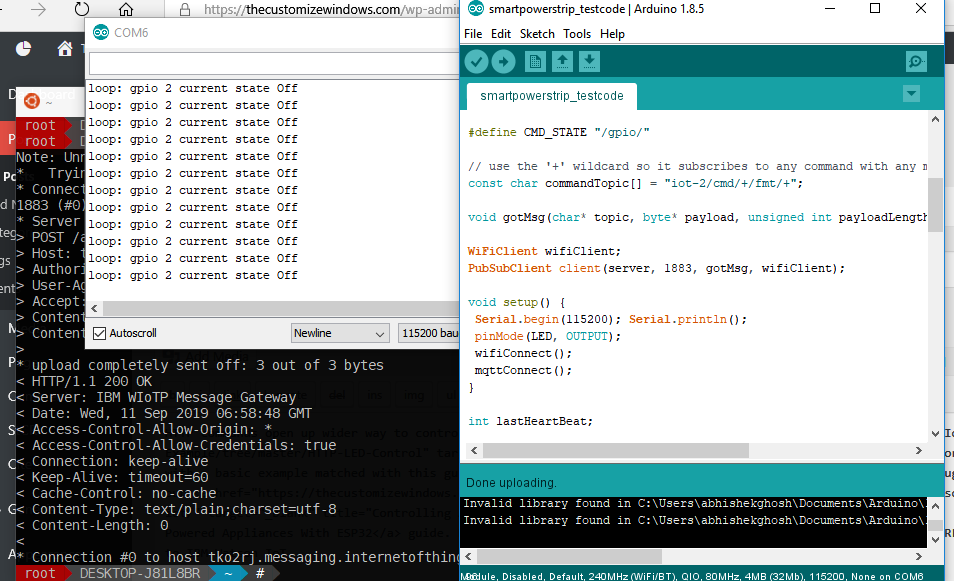 When we run this command the LED becomes ON :

When we run this command the LED becomes OFF :

Our command URL is this :

The second part you need to know is about this line :

I used + as a wildcard in two places – the + between /cmd/ and /fmt/ could be changed to gpio for the above example code.

You can change it the code to something like the below :

So, in your code if you decide to change the end of the command to fool, you should change two lines on code :

The command to make it working will be :

So, you are changing 3 things to rename a thing :

We already know that we can use an Android app to create button and send the cURL requests to switch on and switch off the LED.

This ends this guide. Our next chapters will be connecting it to Node-RED to create a web toggle button.

This Article Has Been Shared 600 Times!