However, for our previous guide to control ESP32 Arduino LED from IBM Watson IoT, there are many ready-to-use Android Apps which supports creating buttons to send cURL message.

If you look at our repsitory of the previous guide, you will realize that we have two separate cURL commands to send the LED/Relay to on and off :

There is a nice free application named “HTTP Request Shortcuts” :

It has the option to import cURL commands.

Place shortcuts (widgets) on your home screen to submit HTTP requests to all your favourite RESTful APIs, web services and other URL resources. It has the option to add custom icons for shortcuts too. It is designed to control your home automation system and IoT devices using Raspberry Pi and Arduino. 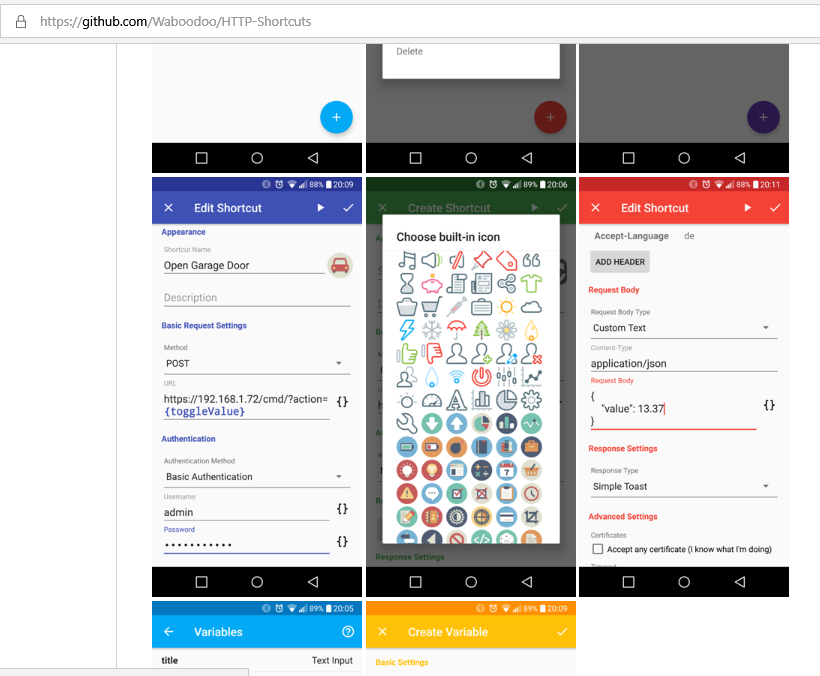 Most importantly, the app is open source, it is available on GitHub:

You can fork the repo, customize the app on Android Studio and develop your custom version. IBM distributes the source code of a lot of Android applications for the developers but none of them presently are so usable and time-saving (as far our knowledge goes).

I found these community developed apps on GitHub :

It is not practical to learn huge to develop Android App for Arduino/Electronics projects. Blynk does address that thing for the children.

I was thinking to hire an Android app developer to create an app for our readers to easily follow our IoT projects. Thankfully that open source app saved the money which can be used for buying hardware. I noticed there are more apps which solve the purpose of testing but this app looks like the best among all.

This Article Has Been Shared 279 Times!