With langugage such as Turbo C, the compiler produces a platform dependent code, and there is no need for a Virtual Machine as the compiled Turbo C program can be executed directly by a physical CPU. In case of Java, the compiled code is a set of instructions for a virtual CPU which should work the same on every physical machine.
In this way, the designers of the Java language made the langugage platform independent. But since the code will run on a physical platform, they had to opt to put all the platform dependent code part in the Java Virtual Machine. The syntax of Java is largely looks like C++ but the things are different at backend. C++ is quite primitive makes it the choice for building most of basic things which interacts with hardware.

The Java Virtual Machine is not a virtual machine unlike a cloud server instance. No hardware other than the processor is actually virtualized in case of Java Virtual Machine. The JVM is a virtualized CPU plus some runtime like C++ or any other object oriented language has, plus it includes the system for garbage collection and other necessities. Java uses an automatic garbage collector to manage memory. Just-in-time (JIT) compilers that compile byte-codes to machine code during runtime were introduced to avoid the overhead of interpreting bytecode into machine instructions. So the Java Virtual Machine interprets or compiles the byte code into native machine instructions. 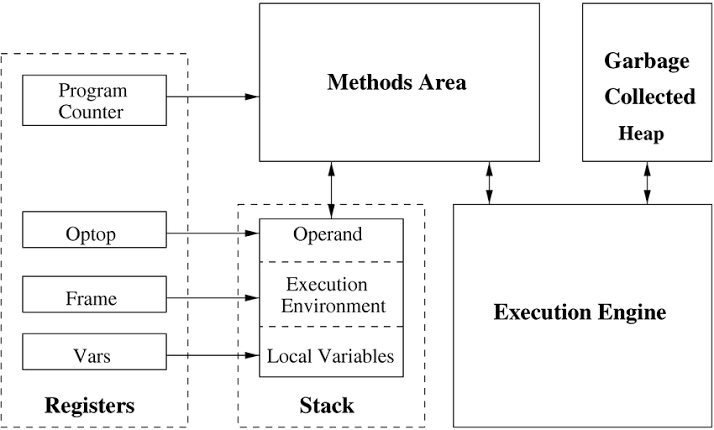 The JVM distributed by Sun/Oracle and IBM is commonly used.

Tagged With why is it called virtual dataport , why jvm is virtual machine

Articles Related to Why JVM is Called Virtual Machine?