For high real-time requirements with isochronous cycle times of less than 1 ms (e.g. for motion control applications), special protocols are defined that are supported by hardware and special topologies. Systems such as SERCOS III, SafetyNET p, VARAN, Profinet, EtherNet/IP, Ethernet Powerlink or EtherCAT already reach bus cycles of around 100s. 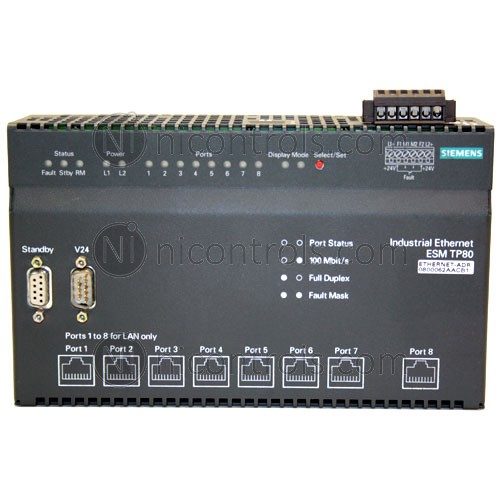 Since the network connection in industrial environments is often carried out from machine to machine in series, Industrial Ethernet networks are often realized in a ring. This can limit an incident to a maximum of one switch. If a line fails, the network can continue to operate completely. Network separation in the ring is done either by Rapid Spanning Tree or by a non-standard protocol that allows faster response time. Potential-free signaling contacts enable rapid error detection. The administration can also monitor the network and, if necessary, notify the operator.

Despite many efforts, it has not been possible to define a uniform standard that makes it possible to operate devices of different systems together. Due to the higher data rates, field-bus systems according to EIA-485 are replaced by Industrial Ethernet despite significantly higher costs in individual applications.

Special features of the infrastructure

Whereas Ethernet used to be the standard for data cabling only in office environments, today it is increasingly also used for industrial applications. Here, however, the network encounters interference factors that can have a significant impact on transmission quality. Especially at the connection points, the risk of interference due to vibrations, dirt, moisture or harmful substances is high. Depending on the requirements, a distinction is made between different types of protection. Connector vendors have therefore developed special connection techniques for Industrial Ethernet. They are able to cope with the sometimes adverse conditions in light and heavy industry, in railway tunnels, on ships (cruise ships) or other environments such as highly hygienic operating rooms.

Articles Related to What is Industrial Ethernet?