Autonomic Computing is an initiative to provide computers with the tools they need to self-manage without human intervention. The idea was initially launched by IBM in the year 2001, now it has been taken over by many other companies, including HP and Microsoft. The initiative also involved academia, with the establishment of the International Conference on Cloud and Autonomic Computing. The project is inspired by the autonomic nervous system, like that set of the cells and fibres which innervate internal organs and glands, controlling the functions that are generally outside voluntary control.

In a self-administered system, the human operator has a new rule: he does not have to control the system directly. Instead, he defines general policies to rules given input to the self-management process. For this process, IBM defined the following four functional areas. 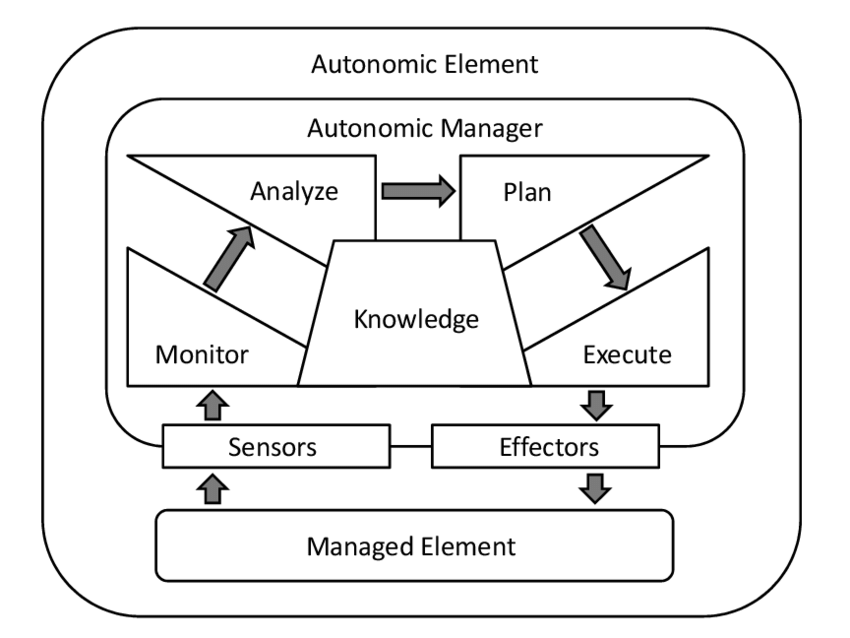 IBM defines 5 levels of evolution, so that it achieves the ultimate goal of autonomous computing progressively:

The features that need to be present are:

The design of Autonomic Systems can be made simple by using model-view-controller (MVC).

This Article Has Been Shared 156 Times!

Articles Related to What is Autonomic Computing?