Intent-based networking is an approach to network planning. It is “intent-based” as intent models are used for administration (instead of monolithic management processes), it configures the IT infrastructure based on a specific business goal — without any human intervention.

Intent-based networking provides answers to some of the typical challenges including network agility and efficiency. These intent models establish and operate a network that is independent of manufacturers and technology. According to Gartner, essentially intent-based networking is a network software intended to help in the planning, designing, implementation and operation of networks. It is a policy-driven approach to network management that may eliminate the need for network engineers to configure each switch or router manually. IBN software uses artificial intelligence (AI) to automate administrative tasks across a network and machine learning to improve outcomes.

The ultimate goal of IBN is to create self-managing networks and software-defined networking plays a critical role. According to Gartner research, 75 per cent of current networks are still managed manually. This means that network engineers must write scripts and program the switches and scores of other devices that support an enterprise network through individual command-line interfaces (CLIs). 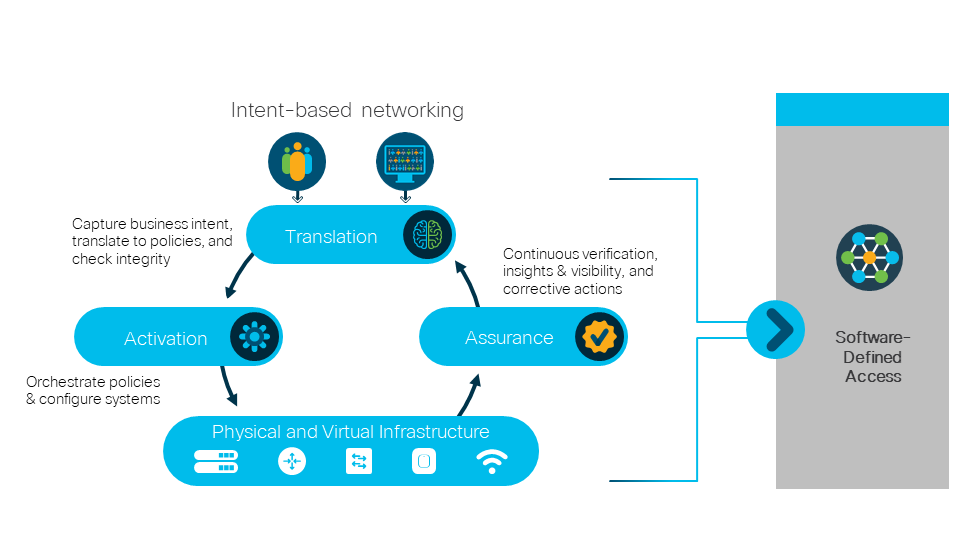 Intent-based networking software centralizes the creation, management and enforcement of the policy. This means that engineers can use intent-based algorithms to specify how a particular event or desired event should be handled. The software will calculate what is required to deliver an intent under changing network conditions and automatically optimize outcomes across different devices, without requiring engineers to touch network devices individually. What makes this system autonomous and powerful is the local-intent concept. Each intent model in each layer of a service structure is an independent entity. It has its context and condition, its expectations, remedial measures and failure strategies. The guidelines determine what the model element can rely on to fix a problem and when it must report an anomaly.

IBN requires drastically less administrative input, and that input can be through a user-friendly graphical user interface (GUI). Although IBN is still in the early stages of development, Gartner predicts that it will play a role in at least a thousand enterprise networks in near future. Intent-based networking systems promise a new way to deliver network services. But the concept needs to be fine-tuned before it can usher in a new era of network automation.

This Article Has Been Shared 306 Times!

Articles Related to What is Intent-Based Networking (IBN)?