Advertisement
You are here: Home » What is Lean Startup and How Does it Work?
Advertisement

Lean Startup is a method of developing companies and products that aims to shorten product development cycles. As a result of the many failed startups after the dot-com bubble burst in 2000, American investor Steve Blank introduced a new approach that was designed to avoid many of the mistakes of the time. This approach is popularized by his former student Eric Ries about lean production under the name Lean Startup.

The Lean Startup methodology is intended to shorten product development cycles and quickly determine whether a proposed business model is feasible. This is achieved by applying a combination of business hypothesis-based experiments, iterative product releases, and validated learning. Lean Startup emphasizes customer feedback about intuition and flexibility about planning. This method allows for more frequent recovery from defects than traditional methods of product development.

At the heart of the lean startup methodology is the assumption that by investing their time in iteratively building products or services to meet the needs of early customers, startup companies can reduce market risks and bypass the need for large amounts of initial project financing and expensive products. The basic principle of Lean Startup is that any idea for starting a business must be considered an unproven hypothesis that is not considered safe until it has been empirically validated. Hypotheses that have been refuted must be replaced by new ones. Only when all mission-critical hypotheses have been validated can the startup move on to the next phase. The review should be carried out as quickly and cost-effectively as possible. This is to prevent a startup from wasting money and time on irrelevant activities or failing due to a false assumption.

The creation of complex business plans is usually omitted. Instead, potential business partners such as financiers and customers are presented with prototypes that gradually lead to a marketable end product. In the 21st century, this method is also being used more and more frequently by large corporations.

In a 2013 article published in the Harvard Business Review, Steve Blank described how the lean startup methodology was also inspired by the work of other people.

A Minimum Viable Product (MVP) is the “version of a new product that allows a team to gather the maximum amount of validated customer knowledge with minimal effort” (similar to a pilot trial). The goal of an MVP is to test basic business hypotheses and help entrepreneurs begin the learning process as quickly as possible.

Typically, MVPs are early or already revised prototypes that are produced in the form of mockups or as rapid prototypes.

A split or A/B test is an experiment in which “customers are offered different versions of a product at the same time.” The goal of a split test is to observe differences in behaviour between the two groups and measure the impact of each version on an actionable metric.

A/B testing is sometimes mistakenly done serially, with one group of users possibly seeing one version of the product in a week, while users seeing another the next week. This undermines the statistical validity of the results, as external events can affect user behaviour in one time period but not in the other. For example, a split test of two ice cream flavours, which is done in series in summer and winter, would lead to a significant drop in demand in winter, with this decline mainly due to the weather and not the flavour supply.

Another way to perform an A/B test incorrectly is to assign users to one or the other A/B version of the product using a non-random method.

Actionable metrics can lead to informed business decisions and subsequent actions. These are in contrast to vanity metrics – measurements that provide “the rosiest possible picture” but don’t accurately reflect a company’s main drivers. Vanity metrics for one company can be actionable metrics for another company. For example, a company that specializes in creating web-based dashboards for financial markets may display the number of website views per person as a vanity metric because revenue is not based on the number of page views. However, an online magazine with advertising would display website views as a key metric because page views are directly correlated with sales. A typical example of a vanity metric is “the number of new users per day.” While a high number of users per day may seem beneficial to any business, attracting more users can quickly lead to bankruptcy if the cost of acquiring each user through expensive advertising campaigns is significantly higher than the revenue generated per user. 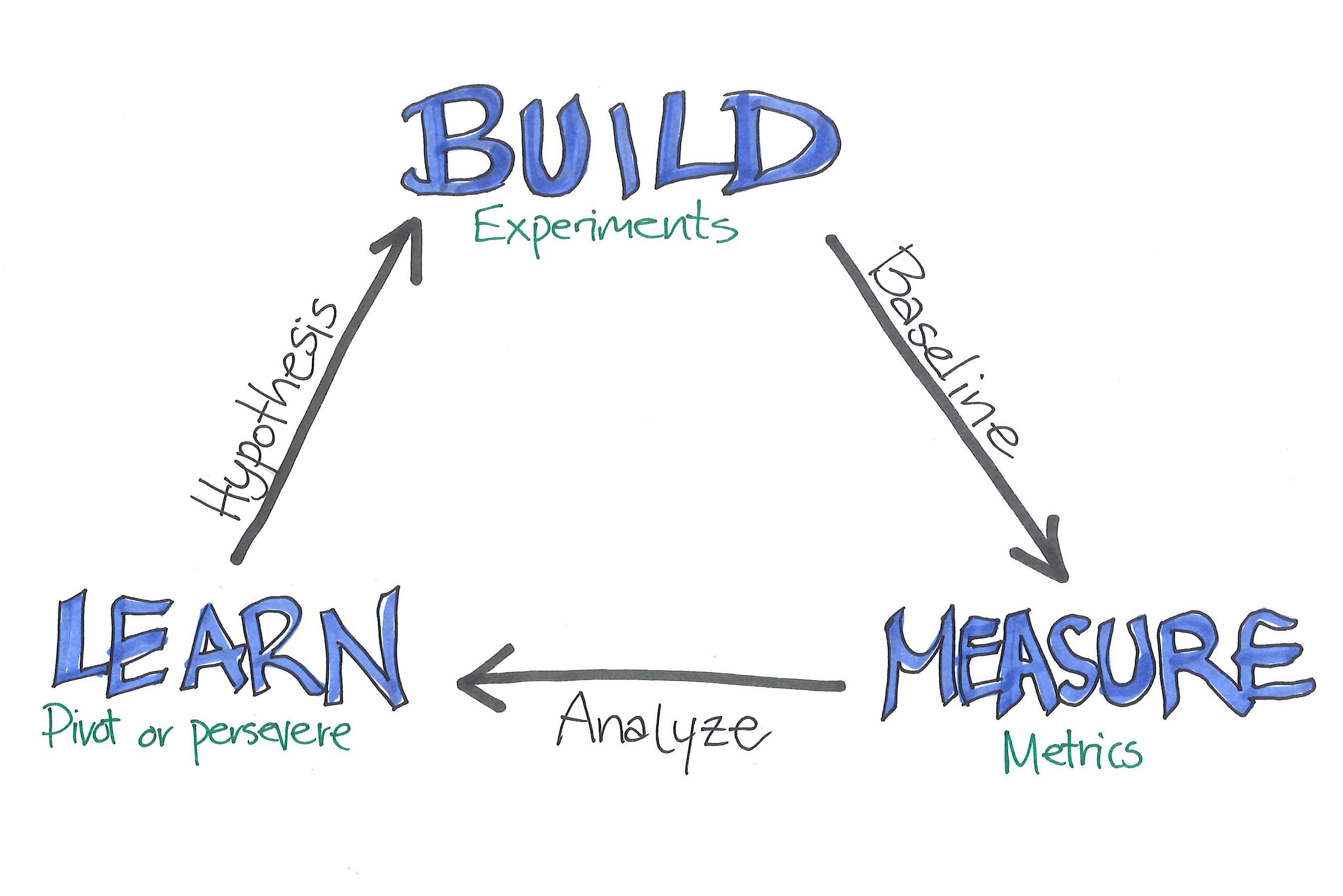 As the main advantage of the Lean Startup, proponents of this approach emphasize that the company avoids the mistake of developing and marketing a product that does not find sales in the market. This has been a common cause of startup failure.

The second important advantage is that the startup very efficiently collects the information it needs to develop and market a successful product. Large expenses are only made when the most important hypotheses are confirmed.

Another advantage is the development of a sustainable business model, which enables long-term competitiveness. Short development cycles also ensure time savings, which have higher flexibility.

Articles Related to What is Lean Startup and How Does it Work?