The University of Edinburgh will host an exhibition of Robert Blomfield’s photography. Robert Blomfield: Student of Light brings a bulk of never-seen works of this photographer who’s been already compared to Cartier-Bresson. The exhibition will open between May 6 and October 1 and promises to be one of the main attractions during the Fringe Festival. Daryl Green curates the exhibition.

He took his camera when he moved to Edinburgh in 1956; he lived there until well after his graduation. During this time, he recorded not only street scenes but also snapshots of the student life on the campus. Sports competitions, the student union, and even anatomy classes.

As a photographer, Robert Blomfield had a preference for registering the buzzing street life of post-war Edinburgh. Daryl has described his style as “unobtrusive” and “fly-on-the-wall”. Anyway, his unique perspectives left hundreds of high-quality stock photos. Although he was also experienced with coloured photos, he mostly shot black and white pictures.

His Importance to Photography

Blomfield is a quiet part of a generation of street photographers like Oscar Mazaroli, Robert Frank, Cartier-Bresson, and Eugene Atget. Because Blomfield took it as a “hobby”, most of his legacy remained unseen until 1991, in which tragic year he suffered a stroke. Daryl Green was a privileged eye-witness of Edinburgh’s moment of deep transformation.

We can still remember what the Old Town looked like before the modernisation effort through his photos. We can also revisit the construction of the Forth Road Bridge and have a unique insight into campus life. The bulk and quality of his work secured him the place as one of the finest photographers the city ever had. He became to Edinburgh what Bressaï is to Paris or, to stay close to home, like Mazaroli to Glasgow.

On top of his unique outlook and enviable technique, Blomfield was also a master in the darkroom. According to Mrs Green, the ways he used to reveal his films show why he’s called the Student of Light. He proved his skills many times over, capturing incredibly nitid pictures in dark and smokey rooms and also in broad daylight.

Blomfield’s incredibly valuable legacy comes with a strong taste of surprise. His works remained largely unknown for about 60 years, despite their superb qualities. His wife is largely responsible for organising Blomfield’s work. His sons continued her work after his passing in 2020.

Details About the Display

The new exhibition, Robert Blomfield: Student of Light, brings the largest collection ever displayed so far. It will also bring a large portion of unseen work. In fact, his first-ever exhibition took place in 2018 at the City Art Centre. The Student of Light is the second and also the largest one. The exhibition goes from May to October and will be open during the whole Fringe Festival in August.

The first event focused on pictures from the 50s and brought a modest portion of Blomfield’s archives to the light. The next one will bring snapshots of the city during the time he was in medical school, between 1956 and 1964. During this period, He used two cameras with a black and white film and many different lenses.

Visitors will also get the chance to see their cameras, lenses, filters, and other equipment. The astronomical telescope stands out among the items on display. It was used to capture the depth of open fields. This collection also includes coloured pictures, although in smaller proportions. The pictures will be on display at the University of Edinburgh Main Library. 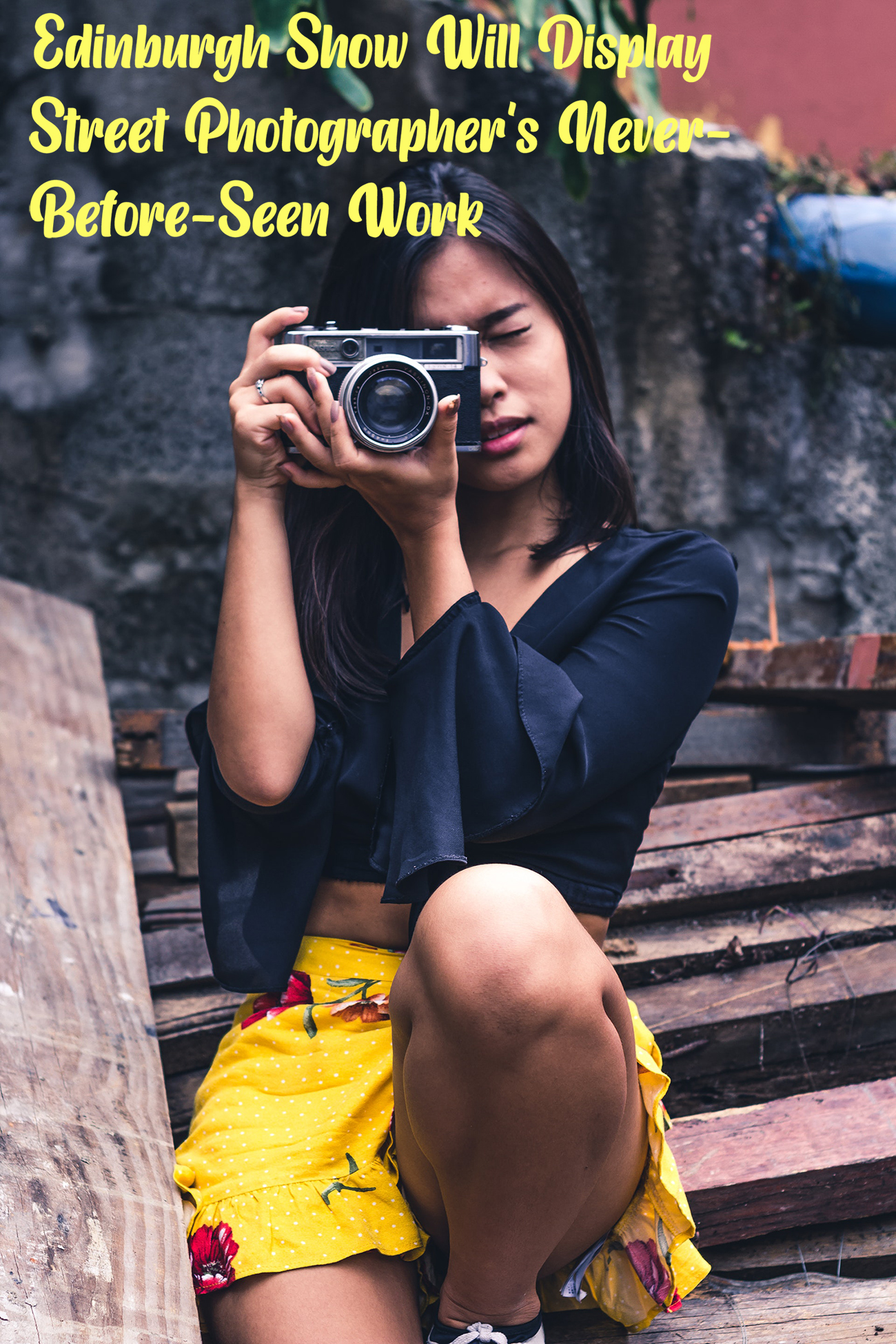 Why Is It Never-Before-Seen Work?

Blomfield’s sheer talent as a photographer was only recognised very late in his life, as his passion was largely overshadowed by his career. The display at the Art Centre in 2018 was a great debut, but there’s still much more to be shown. Because this display focuses primarily on his student days, it contrasts with the more eclectic nature of the first event.

Here, visitors will see intimate snapshots of the student life on the campus and even colourised photos of some classes. Daryl Green is still baffled that such a tremendous legacy took about 60 years to surface.

In her words, Blomfield’s works bring “echoes of earlier street photographers like Eugene Atget and Henri Cartier-Bresson”. The added taste of novelty makes his collection even more exciting. This exhibition is a must-see for anyone passionate about the Auld Reekie.