Advertisement
You are here: Home » Is Low-Code or No-Code a Better Choice for Your App?
Advertisement

The demand for hyperautomation and IT modernization has grown, but it’s been difficult because there is a lack of developer talent. This results in delayed developments and time-to-market issues. Developers can either use low-code or no-code in order to fix these challenges. Low-code and no-code software development solutions are viable, convenient, and are a good alternative for traditional development.

A beginner’s guide to low-code

Low-code is a new development approach that relies on visual building blocks rather than coding. Developers are able to build projects quicker, but with the same quality as human programmers. This balanced approach enables them to spend their energy on creating functionality rather than making it work with all possible cases.

A look at no code

With no-code, you have a complete hands off approach (no scripting or coding is needed.) This is often seen as a subset of low-code development. With no-code development, programmers can build standalone apps and quick to build UIs. No-code is great for business users because it facilitates simple automations and content management platforms.

Developers more focused on development can use low code applications to automate web and mobile tasks. LCAPs are built with APIs and graphs, to allow developers using this method to create apps faster.

Low-code platforms are used by professionals to automate the code so their focus can be on the last mile of development. Low-code platforms use visual tools and techniques like process modeling to simplify workflows, business rules, and user interfaces. Low-code applications and other are just some of the automation platforms out there.

Professionals can use no-code development platforms to enhance their work and non-developers can generate code through an interface that is easy to navigate.

Low-code and no-code: What are the similarities?

Low-code and no-code both allow creation of custom software without the complexity of coding, making them easy to use. They are available as PaaS solutions, can be operated using a workflow-based design, and have many shared benefits.

With democratization of technology, different types of users are empowered, reducing dependency on hard-to-hire and expensive specialists. Productivity is increased with low-code/no-code software. By using the clear guidelines and automation, IT teams can create projects in weeks rather than months. This expedites deployment to handle changes effectively and deliver products at light speed.

To minimize risk, low-code/no-code aims to provide feedback from early stages of a project by showcasing low-effort prototypes. Excusing customers from significant resources, developers can gain user feedback and move forward with projects.

Low-code and no-code incentivize customization to your needs. Low-code prevents overspending on commercial-off-the-shelf products because the code is flexible enough to serve your needs.

Low-code software can solve for the task of writing basic code, freeing up time for developers to focus on more complex tasks. There are no-code development tools that enable business users to create websites without knowing how to code, having access to software developers when they need guidance on a project, or working with knowledgeable individuals outside the IT department. It’s versatile for businesses with employees who have some programming knowledge.

UI apps can be designed by drag and drop interfaces. This, in combination with no-code, is useful when you need to import data and export it. It is ideal for replacing monotonous administrative tasks such as Excel spreadsheets. It doesn’t need a lot of start-up and you don’t have to worry about long development cycles.

A low-code solution has a few benefits when compared to no-code. Low-code is a great way to integrate with other apps, connect to external APIs, and add security features that most other solutions lack. With low-code, the software needs more training and time to understand and deploy it. But it is still considerably faster than traditional development.

High-code platforms are much easier to create and execute than low-code. In addition, even though there is a higher degree of difficulty when creating high-code models, they reduce the potential errors introduced by coding. The process is basically involving filling out certain configurations and providing any data needed in order to execute a successful flow.

With low-code software, you can customize the way your system interacts with customers and use your own code. This is more flexible and reusable.  As no-code is a closed system, it can be extended only with templated features. This means use cases are restricted and you don’t have access to boilerplate plugins and integrations, but backwards compatibility is ensured and there’s the risk of breaking future versions if you write any manually written code.

When it comes to no-code, the risk of a shadow IT is higher. This increases the chances of technical vulnerabilities. There will be less frequent interaction with tech teams and more responsibility to develop on your own. Low-code is still a part of the IT team, which will help better governance and control. 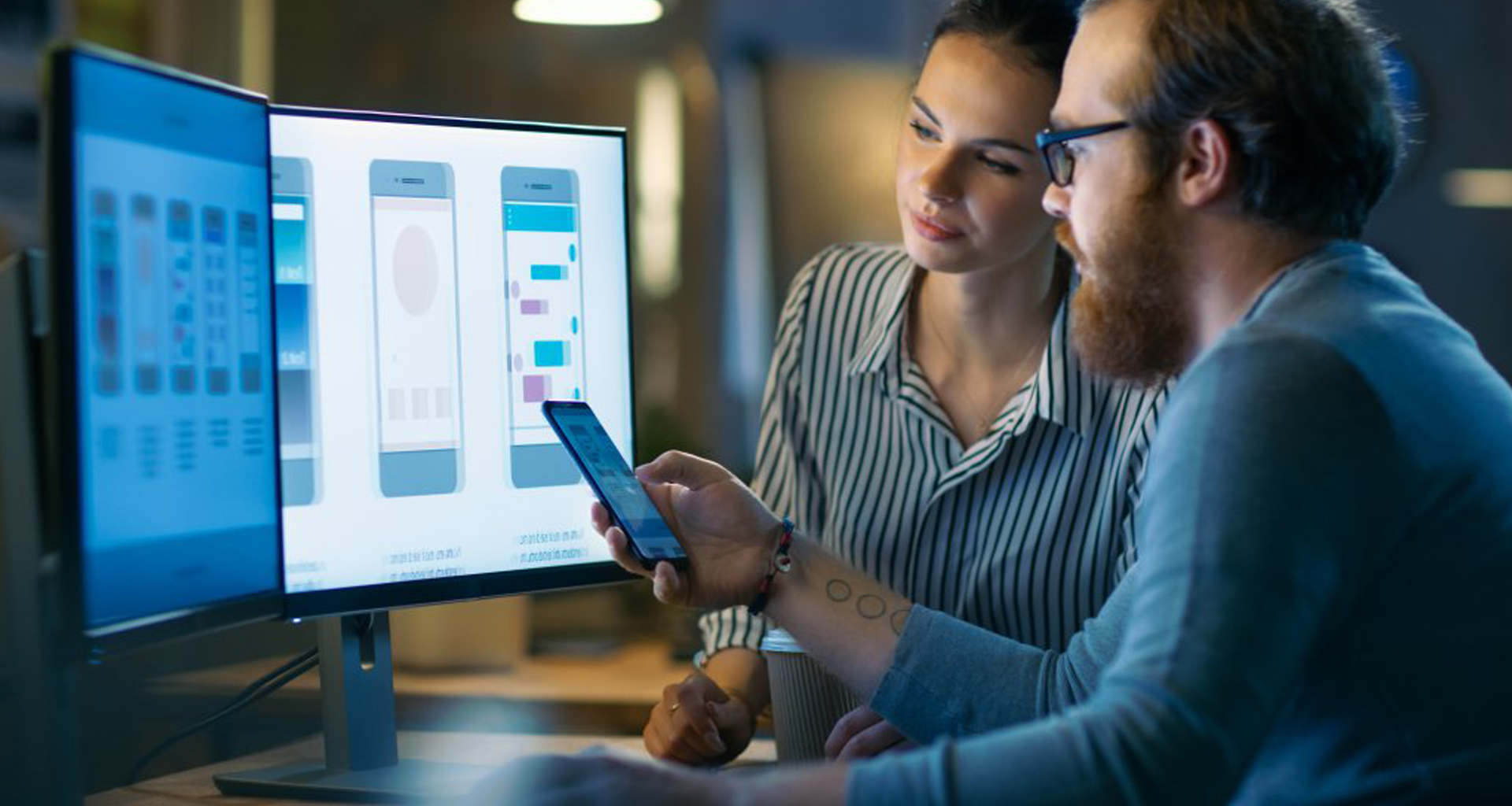 Low-code mobile app development is a better option than no-code because it supports scalability and cross-platform compatibility. Low-code allows you to add custom plugins and code in order to widen the range of implementations and work with multiple platforms.

No-code has fewer extensibility and integration options, making it more difficult to cover a variety of use cases. Its reduced scalability affects its potential to grow with your business.

Articles Related to Is Low-Code or No-Code a Better Choice for Your App?