In a surprising move, IBM has killed its Watson IoT platform. This is big news for the tech industry, as IBM has been a leading player in the IoT space for years. So, what does this mean for existing Watson IoT users? And what will IBM be doing instead?

The IBM Watson IoT Platform is a cloud-based platform that allows developers to connect devices and sensors to the internet, so they can collect and analyze data. The platform includes an IoT gateway, which is used to manage devices and collect data from them. It also has a set of tools for developers to build applications that can make use of the data collected by the devices. The platform was launched in 2015, and was intended to be used by businesses to build IoT applications.

Lately IBM announced that they would be discontinuing their Watson IoT Platform. This decision was made as part of IBM’s larger plan to focus on other areas of their business.

The news comes as a surprise to many in the IoT community, as IBM has been a major player in the space for years. However, recent changes in strategy and leadership at IBM may have signaled that this was coming.

Who is affected by the shutdown of IBM Watson IoT Platform?

In any case, the impact on existing Watson IoT Platform users is clear: they will need to find a new solution for their needs. This could mean migrating to another platform or building their own infrastructure from scratch.

For many companies, the decision to use Watson IoT Platform was driven by its integration with other IBM products and services. With the platform being shut down, these companies will now need to assess whether they can continue using those other products and services or if they need to switch to alternatives.

The shutdown of Watson IoT Platform is a significant event for the IoT industry. It remains to be seen what impact it will have on IBM’s position in the market and on the overall ecosystem.

If you’re an existing user of IBM Watson IoT Platform, there’s no need to worry till December 2023 – your service will continue to work as normal up to that time. However, IBM is no longer accepting new signups for the platform, and it’s recommended that you migrate to a different service. Obviously you need to plan to shift yourself. 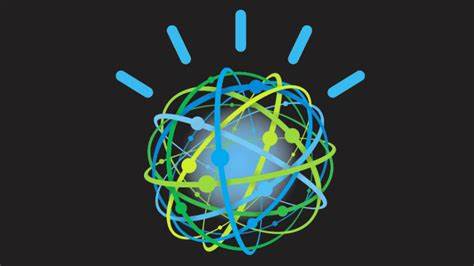 There are a few different options available, depending on your needs. However, self hosting will be a future proof option. If you need more flexibility and control over your data, consider using a gateway such as DeviceHive or ThingsBoard. These platforms allow you to self-host your data and gives you more control over how it’s used and accessed.

As can be expected, we have a lot of guides on IBM Watson IoT Platform for ESP32 Arduino, such as Controlling AC Powered Appliances With ESP32 and IBM Watson IoT. We will publish updated new snippets for alternate setup.

This Article Has Been Shared 261 Times!