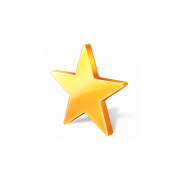 The next major iteration of Windows could feature an entirely different level of backup leveraging Cloud computing.

At least this is hinted into a job post from Microsoft which discusses a possible connection between Windows 8 or Windows vNext, and Windows Azure.

Although the details for what could end up being Windows Azure-based Windows 8 storage come from Microsoft, fact is that the information was not confirmed officially.

As such, users are advised to take the info with a grain of salt, rather than expecting Microsoft to create a pipeline between Windows 8 and Windows Azure.

Here is the exact job description from the software giant from Google Cache (via Microsoft-Watch):

œThe Windows Server Solutions group is under the Server and Cloud Division. Our mission is to promote adoption of Microsoft server and cloud platforms/products by using features that appeal to specific market segments.

œWe work on a wide range of technologies to appeal to these segments – from kernel-level to native UI to managed UI to web services. For instance we have developed a centralized PC backup, extensible storage, UPnP-based router configuration utilities, a remote web workplace with a GFS backend and a simplified IT management UI.

œWe are currently working on a Windows Azure-based service and integrating with certain Microsoft online services and Windows 8 client backup. Many of the features we develop have ended up in the Windows Client and Windows Server OSes, emphasis added.

Microsoft has continually been pushing Windows into the Cloud. Of course, thus far, the company appeared to have been focused only on Windows Live.

Still, it appears that the company might have additional plans, as far as stretching Windows vNext into the Cloud is concerned.

And maybe, just maybe, users could get the option to perform backups of their Windows 8 computers and have them stored into Windows Azure, where they will be untouchable by any hardware-related problem, and available at any moment.

Still, while only considering this, it™s hard to believe that Microsoft would let end users backup entire hard drives into its Cloud.

But I also have to consider different scenarios, such as a backup of Windows 8™s core, just enough to allow users to easily perform a recovery process.

Or a selective backup process, which enables customers to synchronize certain areas of Windows 8 with the Cloud, and have backups stored on Windows Azure.

This Article Has Been Shared 931 Times!