Advertisement
You are here: Home » Computer Electronics Show (CES) 2011 : Chance of getting a glimpse of Windows 8?
Advertisement 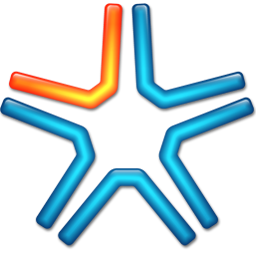 Rumors are running like wildfire! Microsoft Windows users are now visualizing the probability of getting a glimpse of Windows 8 in Computer Electronics Show (CES) 2011 8 by Steve Ballmer.

The rumor got its position in the internet from an news article published in The New York Times which mentions the chance of demonstration of Windows 8 :

Next month, at the 2011 Consumer Electronics Show in Las Vegas, Microsoft will give it another try, presenting a slew of new slates that it hopes will offer some competition to the Apple iPad, which has quickly become the leader in this market.

According to people familiar with Microsoft™s plans, Steve Ballmer, Microsoft™s chief executive, is expected to announce a number of these devices when he takes the stage at C.E.S., showcasing devices built by Samsung and Dell, among a number of other manufacturing partners.

The people with knowledge of these devices asked not to be named as they are not authorized to speak publicly by Microsoft or partnering companies. Microsoft declined to comment about coming products that have not been announced.

The Samsung device is described as œsimilar in size and shape to the Apple iPad, although it is not as thin. It also includes a unique and slick keyboard that slides out from below for easy typing.

The people familiar with this device said it would run the Windows 7 operating system when in landscape mode, but will also have a layered interface that will appear when the keyboard is hidden and the device is held in a portrait mode.

Microsoft hopes these slates will offer an alternative to the iPad because they move beyond play, people familiar with the tablets said. œThe company believes there is a huge market for business people who want to enjoy a slate for reading newspapers and magazines and then work on Microsoft Word, Excel or PowerPoint while doing work, explained a person familiar with the company™s tablet plans.

A person who works at Microsoft said the company was encouraging partners to build applications for these devices that use HTML5, the Web programming language. This person said the applications would not be sold in an app store, as with the Apple iTunes model, but Microsoft will encourage software partners to host the applications on their own Web sites, which will then be highlighted in a search interface on the slate computers. It is unclear if these applications will be ready for C.E.S. as most are still in production.

Another person with knowledge of Microsoft™s plans said Steve Ballmer might demonstrate a tablet and other companion devices running the next operating system, Windows 8.

Articles Related to Computer Electronics Show (CES) 2011 : Chance of getting a glimpse of Windows 8?