Advertisement
You are here: Home » Why there are pirated versions of Windows 7 and how they look?
Advertisement

Today, for real innocent Windows 7 users, we will discuss outline of what are the methods used to crack Windows 7, why people use them and how the sold packages looks in the real world. These are modified versions of Windows 7 where the WGA anti-piracy system is disabled. It is therefore possible to acquire a free version of the system by these methods.

This is the summary of one computer assembler’s statement to us:   People do not realize when buying a computer because it is pre-installed and included in the price, but Windows 7 is not free and is expensive like all premium software. It therefore explains that there are so many pirated versions circulating on the Internet. It also offers other advantages:

Windows 7 is a proprietary operating system, you can not modify and redistribute unlike Linux, which is free. If you want to get a legal version of Windows, so you have to buy a new license. You can find a CD in computer stores or online. So, we understood the logic of pirated copy users; which is morally wrong to us. Now, we will move forward towards the other things.   The risks We already discussed in our previous article about the potential risks of using a pirated version of Windows 7. To summarize:

How the crack for Pirated Windows 7 works

They can look like original retail pack to fool innocent users. Microsoft has a dedicated counterfeit gallery to help genuine Windows customers not to become a fool. We are showing you few photos we collected all over the Internet. 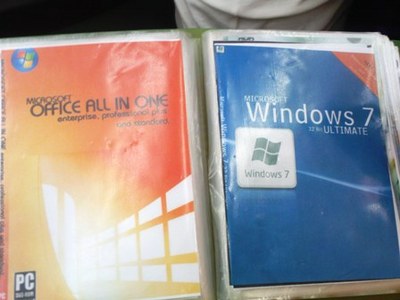 These are low level packages. The buyer is well aware that the copy is not genuine. The picture below is a Chinese pirated version of Windows 7 :

The picture below shows pirated pen drive version of “Signature Edition” of Windows 7: 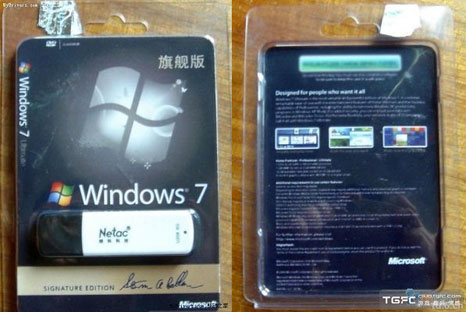 Why we are alarming the users?

Does Microsoft pays us? No. It is the risk of spreading viruses, malwares and not helping the pirates to make money. An user may not have enough money to buy the Ultimate version of Windows. The user might consider buying Home Premium or Basic. Having little money in wallet is never a sin. User may think of using free Linux if he or she can not pay even the cost of home premium or Basic.

Articles Related to Why there are pirated versions of Windows 7 and how they look?