The person responsible for making us attentive about Dabble.in is no one but Matt. We saw in the sidebar of Matt’s blog saying:

help me get dabble.in/matt by signing up here –

We found quite interesting as Matt means something new idea! So we headed to Dabble’s page. We tried /Abhishek, but Dabble said its a popular name, we need to Tweet it to win the name. Tweeted, but understood nothing about Dabble. Alexa Traffic rank (in FF) was not impressive either.

As usually, we searched in Google, but first few result was showing the lexical meaning of  the word Dabble. Then saw Hawai blog has digged more about Dabble!

He has written there about Dabble:

I checked the WHOIS record for the domain, and saw it was registered to London-based developer Ben Matthew Reyes. A search on Twitter turned up an active account at @3en. And a recent post confirmed that he was helping people with 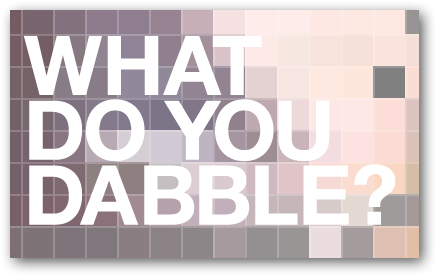 Reyes says the site™s tagline is: œDabble is a place to document and share what [you’re] working on, your Dabbles. I did find a working Dabble profile page, and at first glance, it looked like a design sharing site like Dribbble or Forrst. I asked Reyes if the comparison was fair, and he was quick to say that Dabble is still a work in progress.

œWe really don™t want to define Dabble too much early on as we want to see where the community takes it, almost like how Twitter took off and the users invented the @reply, #Hashtags, etc., he says.

He also didn™t expect anyone to sign up just yet.

œWe™re still working on the beta, he explains. œThe landing page recently leaked to Twitter and took off, which we couldn™t stop.

This Article Has Been Shared 592 Times!

Articles Related to Dabble.in : what is this new thing?