How to use this Classic CPU Meter Gadget for Windows 7 : 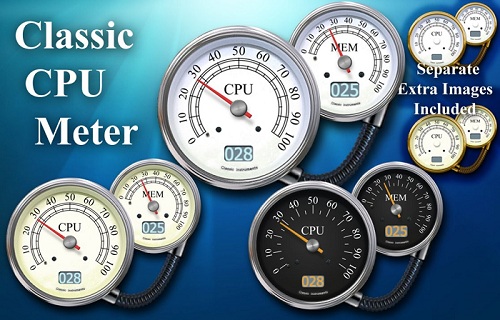