Unlike other Google Products, Google Plus is facing an incline in the unique number of visitors per day. As already pointed out in the News section of Brothersoft :

What Google Trends is saying about the traffic trend for Google Plus?

It was possibly expected by many, that Google Plus will be able to keep the number of Visitors steady, if not able to increase . While, there were various illustrated animated Gif image posts on Google Plus “showing FaceBook is going to die” : typically a person or an animal with an FaceBook logo head and another with Google Plus logo head illustrating a clean defeat of FaceBook. 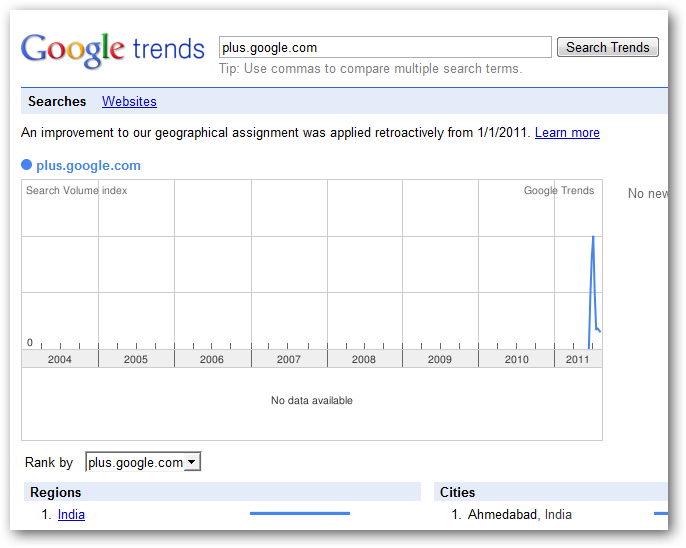 As Google Plus is a sub-domain of Google, unless Google Plus officially publishes any data, it is not possible to get the exact analytic information.

From personal experience of reading others’ opinion in different kinds of blogs and forums (including some non-public, coveted forums) about Google Plus, it appears that :

This Article Has Been Shared 744 Times!