Advertisement
You are here: Home » Windows Hosting, Linux Hosting or Unix Hosting : Which is for you
Advertisement

Basic topics are often remains ignored! We wrote several articles on Cloud Computing, Colocation and Virtualization. One visitor asked a simple question, “Windows Hosting or Linux Hosting, which I should use…”

You might have your own choice when the question comes about which operating system to use. Some people prefer one over the other.

But, in case of web hosting, this preference has really little value.  There are clear cut advantages and disadvantages of Windows Hosting, Linux Hosting and Unix Hosting solutions.

Windows is perhaps one of the most known and popular operating systems. There are some advantages for using Windows hosting. Windows hosting allows you to run ASP (Active Server Pages) on its website, which is the delivery of dynamic content on your website using computer scripts.

The important thing is that Windows has an easy to use interface for beginners. Usually there are many options such as e-ASP, Access databases, ASP.NET and SQL database, IIS and PHP. Windows hosting also allows publishing websites with FrontPage though with cPanel you can do with Linux hosting too.

Windows hosting has its drawbacks. One major drawback is cost and the other is its inherited susceptibility to malwares.

Linux Hosting and UNIX hosting are two different types of operating system are very similar in nature. Linux hosting is readily compatible with PHP, which is the latest trend in programming languages. For running WordPress or PHP based forums, Linux Hosting is a better choice.

Cost is another attractive advantage. Linux operating system is mainly free. Except some virtualization solutions, most softwares for Linux is free too.

Enhanced security is probably the major benefit of using Linux hosting. The level of security offered by Linux hosting has no comparison with Windows hosting.

Basically we want to say Mac Hosting. It is rarely used because of higher cost. The advantages are same like Linux Hosting, additionally Mac servers has various great features. Apple’s hardware is always reliable and stands with the time. Only few web hosting company provides Mac Server. In most cases, Mac Servers are self owned for usage in Colocation Space.

So, Windows Hosting or Linux Hosting? 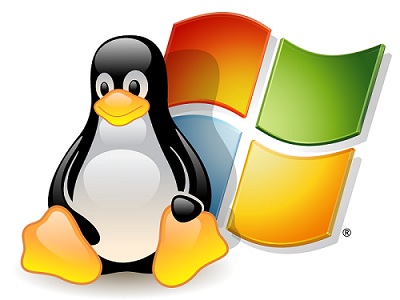 If you need a strong safety, PHP support, Linux / Unix hosting can be the right choice for you.

However, if you need a website that offers ASP and the ability to integrate Microsoft products, Windows hosting is the best decision for you.

Tagged With gambar windows unix , UNIX and windows hosting , what is windows linux and unix hosting

Articles Related to Windows Hosting, Linux Hosting or Unix Hosting : Which is for you