As any regular reader will notice, we trying to make the readers understand about the relationship of Processor and Server Virtualization Technology. In the preliminary articles, another author has written about the processors, then I on Processors capable of Server Virtualization. This series will end with Cloud Computing. If any reader readers from the first post to the last of this Processor series, will understand the whole technology.

Intel VT is being delivered by Intel with various added proprietary technologies and is targated for server virtualization. The reason is, the usage of Server Virtualization will increase in next few years.
Intel VT-x is used for x86-based Xeon series of processor, and Intel VT-i for Itanium based models.

Here is the official link to Intel’s Server Virtualization Technology.

The importance of the newer Intel VT-x Processor lies within the fact that, despite VMware or Virtuozzo has excellent tools, Server Virtualization can not run at the full throttle if there is processor level conflict. 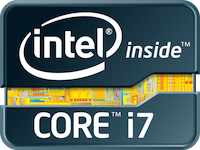 The biggest point you will notice in any imperfect server virtualization among the cheaper hosting brands – the cPanel WHM loads very lazily.

Tagged With Vtx intel characteristics , what is intel vt-c

This Article Has Been Shared 889 Times!