In the previous article, I have written the basics on microprocessor. Precisely microprocessor, as no web hosting company, who are the largest user of Virtualization right now, will use a huge Processor like a super computer, because of the huge cost, problem with space and datacenter cooling issues.

So, in this article, I will practically discuss about Virtualization Capable Microprocessors, the article has been named as with Processors, simply because the users will search with “which processor supports Virtualization” or something like that.

Virtualization is a technology that facilitates the operation of virtual machines on a computer. With virtualization software you can run multiple operating systems on one hardware. Virtualization makes sense if a hardware system is not fully utilized and the resources should be used alongside other systems.

Unlike our regular processors, Virtualization Capable Processors?are mostly from Intel and AMD and choice is limited.

Vanderpool Technology is the virtualization support from Intel, which is available since November 2005 in the two processors – Pentium 4 662 and 672 During the year 2006, the other processor types Centrino (Yonah) were, Pentium D (Presler), Pentium 4 HT and Celeron (Cedar Mill), the Xeon and Itanium-series with VT.
You can get the details of Intel virtualization technology here. 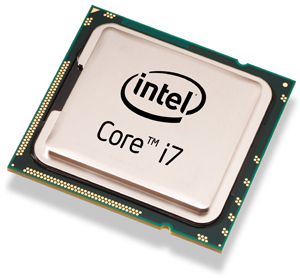 Pacifica, the Virtualization Capable Processors support from AMD, which is available since 2006 in the AMD processors. In connection with Pacifica there is the Presidio security functions. Both techniques are closely related.

This article is a primer to the advanced users. Beginners should not try DIY methods to run virtualization on their desktop or laptop computers, because of absence of switch and proper knowledge, the processor can burn out without any warning.

This article on Processor is written by Mr. Kanai Lal Saha, you might be interested to read his other articles on Cloud Computing, how processor works as well.

This Article Has Been Shared 529 Times!