Although the word Processor is used synonymous with Central Processing Unit (CPU), CPU should be the preferred term over Processor. Google Docs is an online Processor too! It is a office data processor or Word Processor. In this writing, I will use the terminology Processor to indicate CPU, unless otherwise mentioned as an exception.

As per an article written by Weik, Martin H. in 1961, under Ballistic Research Laboratories; the term processor is in use from the year 1960.

Components of a Typical Processor

A Typical Processor, that is the CPU which you are using on your computer has two major working units – arithmetic logic unit (ALU), which performs the logical calculations, and the other is the control unit (CU).

The typical small component which is floating in front of your eyes, the small square component is actually a Microprocessor. These smallest units usually have only one PCB and due to hugely minified structure it has several issues, one of them is a phenomenon called subthreshold leakage. This is quite difficult topic itself. This subthreshold leakage and other problematic phenomenon, restricts the usage of the Microprocessor rather the usage of this typical Processor known to general people.

Components of a Typical Processor along with how they works

Clock rate : Clock rate is an arbitrary speed at which a processor (actually microsprocessor) executes the instruction sets. Practically a consumer grade microprocessor never performs over 80% speed of what is claimed. If you try to force to run your 3.2 GHz marked processor for 5 minutes, it will burn out.
The Operating System is also a factor for utilizing the speed optimally. This is kernel based work, UNIX based OS with minimal or no GUI proved to be closest to meet the claimed Clock rate. So, actually your microprocessor brand, typically Intel or AMD are not claiming anything false – your 3.2 GHz processor can work for few hours if is allowed to run under the ideal conditions.

Here is an image of a burned out Processor (I have used the image from tomshardware.co.uk) : 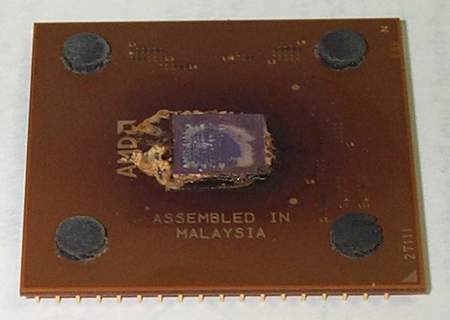 Processors can come from from different brands like Intel, AMD, Spansion, Samsung, Qimonda, Toshiba, STMicroelectronics and might have different own technologies.

In general, for mobile computing devices, most used type is ARM processor. Apple A4 is an system-on-a-chip ARM processor manufactured by Samsung : 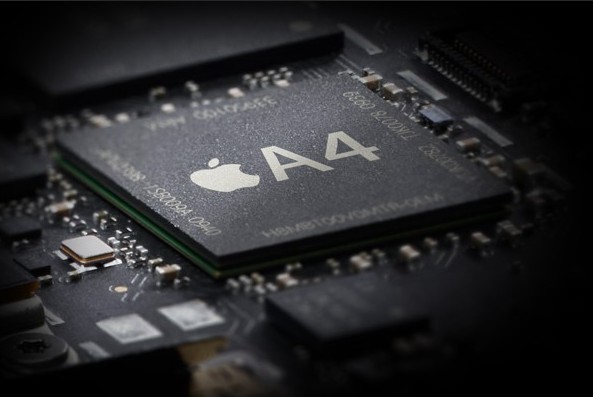 Relationship of Processor and Operating System

If both the Processor and Operating System are designed in the way so that the OS has better control over the Processor, then a smooth performance can be achieved with low physical RAM requirement. This is why your mobile computing device like a Nokia Multimedia SmartPhone or your iPad works flawlessly.

Sub optimal control of the Processor by the OS increases the demand of RAM.

This article on Processor is written by Mr. Kanai Lal Saha, you might be interested to read his another article on Cloud Computing as well.

Articles Related to Processor – How It Works